EDIT22/04/2015**
We’re trying to make a commentary video explaining where we are in development, where we are going, and how we doing it. Like always, Any feedback would be greatly appreciated. 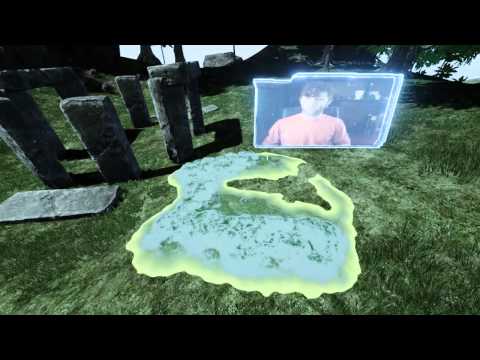 EDIT26/02/2015**
I made a webpage to help promote the game. It’s still in development but if you have the time check it out and let me know what you think.
http://junethegame.com

I made this video to submit to the GDC call for submissions(it’s a longshot) but I thought it would be a good time to start a thread about it. 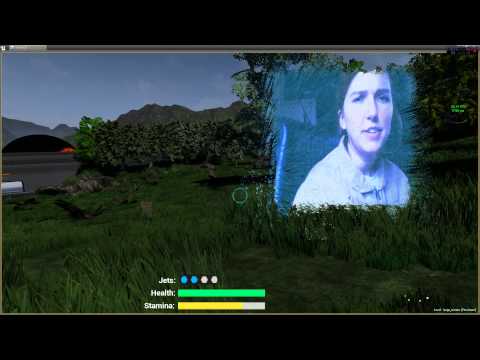 Community
First off, The vast majority of what I know about the Unreal Engine I learned from these forums so thank you. If you see anything in video you like and want to know how it’s done please don’t hesitate to ask.

About me
I’m a physicist by trade but I’ve always wanted to be a science fiction writer. I like to think I’ve been in the business of games since making maps for CS 1.6 in Hammer. I think this is a really cool time in gaming because of things like the Marketplace and of course this community. An indie developer can at least prototype their game without taking out a loan and blueprints make it insanely fun. I don’t think it will be long before games are as friendly a creative medium as writing and film.

June
This is (hard)science fiction game I’ve been working on where you play as a surveyor sent to this planet as find a good place to start a colony. Very quickly after arriving on the planet you find remnants of a previous civilization. This would be the first time humanity has ever encountered another civilization that has made it past the equivalent of our Bronze Age. The purpose of the game is to figure out what happened to them.

Performance
As of now I have a 2km X 2km map equally as forested and I’m getting 90+fps on a gtx 970, about 60+ on a 760, and 15+ on a gt8800. The fps fluctuates about 30 frames based on where you’re looking and what is going on. Right now I’m using a moveable directional light so I have a fully dynamic day/night cycle. I get about 30 frames when I use static lighting so worse case I’ll switch to that for performance and just do away with the dynamic aspect. I would like for the game to be playable(30 fps) on mid-grade PCs and Oculus capable on higher end PCs.

Game Design
I have no idea what I’m doing. I’ve produced a couple pieces of software for the company I work for using Unity but it’s about as far from a “game” as you can get. I use the hell out of construction scripts and everything in the video is used multiple times. I like to think that all my blueprints(everything except foliage) is at least a little “smart”. The blue rebuilt structures are set to adjust the size of the particle effect based on the size of the mesh so it’s very easy to switch out models and normal maps.

Gameplay
The map is completely open and you 2 main ways of getting around: running and jet packing. There will be at least 2 more tools added: a large measuring device that helps build the 3D map and an object identifier that scans individual items to uncover parts of the story. I would also like to add a rifle and animals but that is a secondary goal. In the future I would like the entire HUD to be 3D similar to the map, flashlight, and video transmission.

Thanks for taking the time to read this post and any feed back would be greatly appreciated.

This is looking pretty cool man!

I’m really diggin’ your 3D hud with the map overlap and especially love the surveying tool to rebuild what it would have looked like. Cool stuff!

Keep the updates coming! I’m excited to see what you do!

Thanks, it’s all pretty much based off of the Flashlight BP in the Realistic Rendering project. Here’s another picture of a different area on the map. 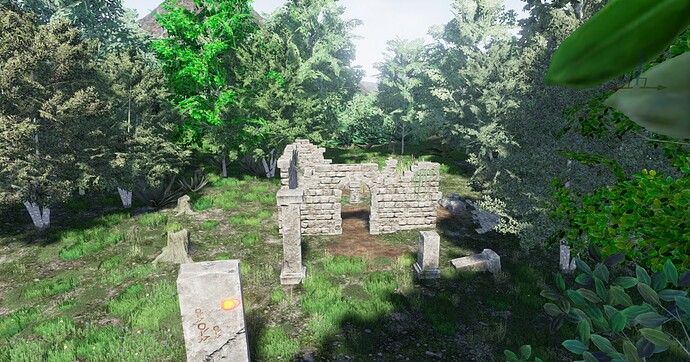 and here is the whole map without the backdrop 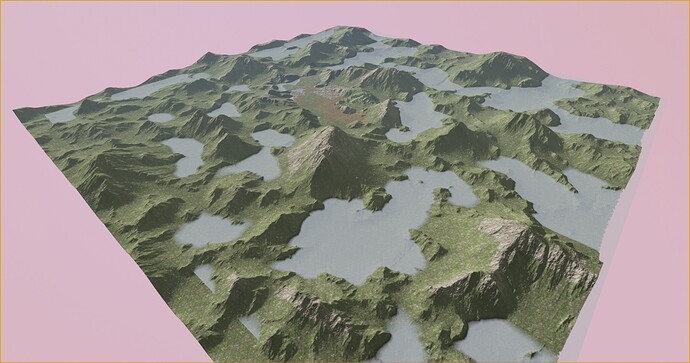 When I saw June, I read it as Dune

The map and survery tool are very neat.
Looks like you’re heading in a good direction.

So, I’m kind of at a cross roads with this game and I thought I would make a post asking for advice. The story is about 2 surveyors sent to a the planet June in order to verify the planets ecosystem and identify an appropriate place to start a colony. Very soon after arriving on the planet you find remnants of a society(a broken vase). The rest of the game is spend uncovering the story of what happened to this society.
The crew consists of two people:
Jason Freeland - the planet-side operator(who you play)
Morgan Pierce - supports the operator with intel and resource drops

The game is a first person shooter with a linear story that is dynamically told - i.e. there are multiple vases spawned and once you find one the rest are destroyed.
Following that theme, the story consists of multiple ruins but will be specifically told through decals controlled by blueprints. This means that you can visit the ruins in any order and still get the full story without tripping over itself. I did this because I don’t like games that confine the player to a certain paths but I am also a solo developer so I have a lot of limitation as far as game complexity.

In the game you well have 4 “tools”:
The first is seen in the video and tries to reconstruct what the structure looked like before it decayed.
The second is a measuring tool that can be used on mountain ranges to build the 3D map seen in the video or on door ways and stairs to try to build a profile for the physical appearance of the alien race.
The third is a simple Identification tool. Point and click and a 3d text will appear above the object identifying certain qualities of it.
The forth is a rifle. I think it’s only appropriate for a lone explorer on an unknown world to have a weapon. This will mainly be used to solve puzzles and blow through rubble but there will also very some hostile wildlife.

Here’s my problem - I want this game to be 90% story driven. I also want it to be very “hard science fiction” in the sense that this alien society is accurately shown and investigated. The problem is that this leads to a lot of things I’m worried will bore people. For instance:
The planets weather and how it effects the building material - The planet is more islandy than Earth and the major landmasses are centralized around the equator and this is almost no axial tilt. This means that the bonding agents(cement, mud) that hold the buildings together don’t have to be as strong since they will never freeze. There is also the fact that there aren’t a lot of strong storms so stronger bonding agents were never a necessity.

Questions:
Do you think people would find details like this at all interesting? In the game the would most likely be explained over voice communications between the two surveyors so there is no required knowledge going into the game.
I’m a physicist and I really enjoy the interworking’s of stellar formations as well as the development of life and advanced civilizations but I’m not sure if there is a market for this. I enjoy figuring out these details and would like to have them in the game but I don’t want to if it would actually end up hurting the game.

How simple do I make the story telling? would you rather a puzzle that forces you to look into bonding agents or would you rather be fed the story while you fight off a pack of wild Falks(in-game animal). I don’t have anything against either approach as the story will be told either way.

If you have any input I’d love to hear it. Thanks in advance

I think you could include details like that in a log book or such thing, with the main story being delivered more directly (through the voice communication). The additional information could be recorded in a written way by Jason, or sent to him by Morgan, but that the player does not necessarily have to read it in order to progress, it could include information that would be helpful by making the puzzles easier by reading that information, or would just be interesting. If they want it, then it is there, and adds to depth of the story, and gameplay, if you like.

edit: actually this could help the player define themselves, as more a physicist character, or a “space marine” shoot first type guy. Which could be interesting choice

I think you could include details like that in a log book or such thing, with the main story being delivered more directly (through the voice communication). The additional information could be recorded in a written way by Jason, or sent to him by Morgan, but that the player does not necessarily have to read it in order to progress, it could include information that would be helpful by making the puzzles easier by reading that information, or would just be interesting. If they want it, then it is there, and adds to depth of the story, and gameplay, if you like.

Wow yeah, I never thought about that. Maybe there could be two “stories” one would be told through simple gameplay and the other would be extra. If you’re interested enough in the details you can find more information and maybe have an alternative ending as the reward. Thank you for you’re comment. I never would have thought of that myself.

No problem, I think you have a good idea here, and personally I like games that have depth without it being forced on you. Similar thing would be in the Mass Effect games where there is a codex of information, which is background information but actually has no effect on the game. It would be interesting if you could incorporate what is learned there, into real effects on the game and story.

Can you share some information about how you made that minimap-system? Looks really cool!

Can you share some information about how you made that minimap-system? Looks really cool!

Yeah, the mesh was export from WorldMachine so it matches the actual terrain. The material is just a simple Fresnel effect and to be honest it doesn’t work too well. It’s hard to get any information from the map so I’m going to have to work on that. As far as the movement it’s similar to the flashlight in the Realistic Rendering example content. I took that mesh and created a blueprint with 2 spheres that update based on the player location and the objective location.

Made a fly through of a new level. The music timed up a little too well and it’s pretty cheesy. 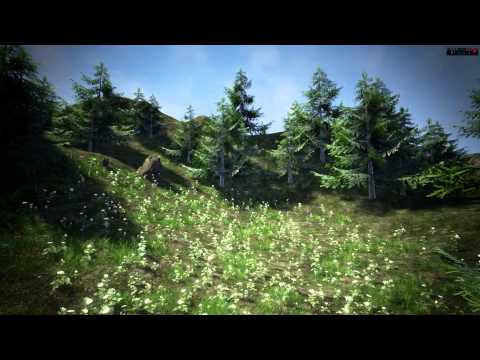 Really cool demo you got there, I really enjoyed the 3D Map Hub! I could totally see this as a fun VR game too, is that something you plan on implementing? Also, I’m just an admirer passing by, sorry if I can’t say anything useful to you

Looking good. You got some really cool ideas there.

Selfless upvote but I added a webpage to the first post.