Okay, so we start first

Who are you?
Hey, we’re team Gameplay Universe.
A team of two guys from Germany,
Merlin & Markus.
We don’t have a strict separation for the tasks, so everyone did something in every part of the game development.

How do I interpret your game concerning the theme?
You need to keep your balance on a rope high above the city. To do so, you got a stick and a crowd that shears for you; so you are literally holding a big stick. The crowd is either pleased and therefore more gentle towards you or they are not hyped by your skill, which will result in unpleasant phrases and words.

What are the controls?
A, D – control your balance
other keys on the keyboard - Press in the right moment, to succeed the QuickTime-Events

What is the aim of the game?
This is basically a highscore-game. The higher the score at the end screen the better.
The highscore depends on how far you travel, before you fall down into the abyss. Don’t forget to hype-up the crowd, as it will be harder to controll your balance, if the crowd is against you.

Did you create all the assets (including music) yourself?
Everything, except the scream.

Is this your first entry?
No, this is the sixth time we participate in an epic game jam

Where can I download the game?
Right here: Windows 64 bit (Reuploaded (due to build problems) -Dropbox | Google Drive)
How does the Game look like?
(click to enlarge screenshot) 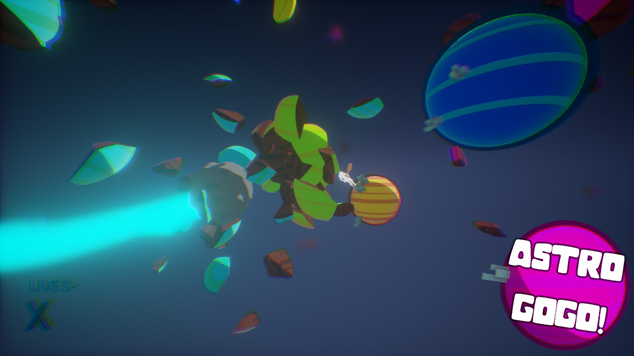 Link to a download of your game - https://1drv.ms/u/s!AnGB6xu-j70c5iMxveMzv2cRxiX2
Team name - TeamName
List of team members - Shiv
Name of your submission - TeamName_AstroGOGO

ASTRO GOGO -
Hit the asteroid for points, try not to let it hit the planets.

Jump (Hold it down for bigger jump!) - W, Up arrow, A button on controller, Z, Space bar, Right mouse.

USE BIG STICK(Hold it down for bigger hit!) - Left mouse, X, Controller triggers.

Restart - R, B button on controller.

Quit - Esc, Back button on controller.

Most of the sound grabbed from Freesound.org creative commons, the rest is my voice.

Link to the source: https://drive.google.com/open?id=0B_ERUmYCcis-VFFRV2JJU2x5VlU

A little about the game: 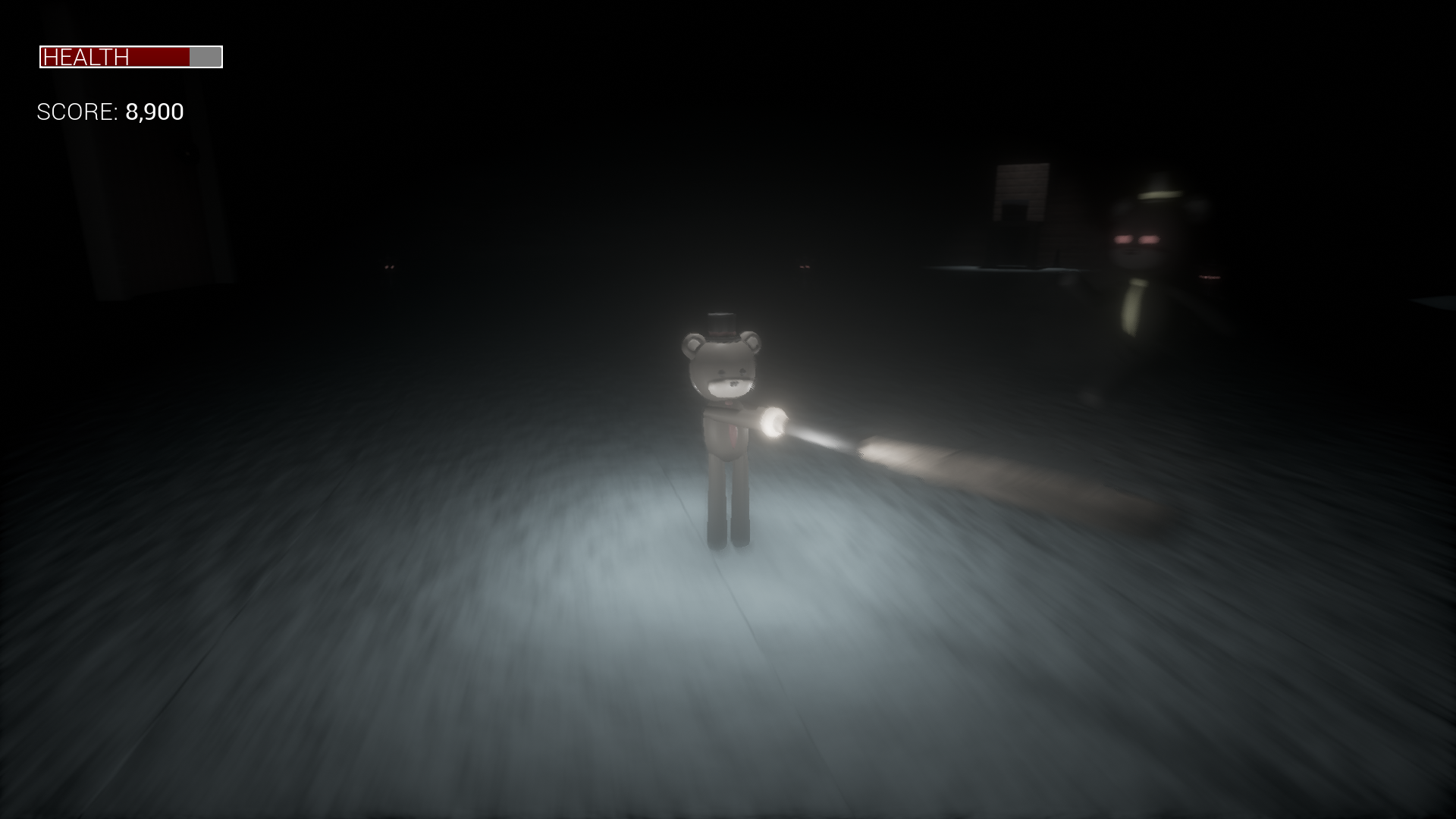 Description:
You are a dog handler and your job is to help you and your dog through 6 levels.

Everything in this game is made during the jam, and it was made by me.

Good Luck and have fun

You are a shepherd and need to move as many sheeps as possible on the stone area. The sheep are all around in the valley.
There are wolves that will try to snatch the sheeps and bring them away.
To move the sheep you can generate sounds so that they will(maybe) follow. Or you can grab them with your BIG STICK and drag them around. Or you can use wolfs…

Mouse:
Left click: Use the BIG STICK, if anything get hit by it you will drag it around as long as you keep it pressed.
Right click: Generate sound
Mouse wheel: Increase or decreare the volume of your voice.

Notes:
I wasn’t able to finish my goal, in the end the game had to use the wolves as punishment for the player generating too much sound(speak softly),
while the stick could be used to beat them to death(oh no i mean turn them into… dogs?!:P). Meanwhile the player had to constantly move to keep
the herd in shape and alive(go far). I discovered was a bit outside my abilities in the spare time i had

Anyway, was fun had to learn a lot of new stuff.
Thank you for this opportunity. 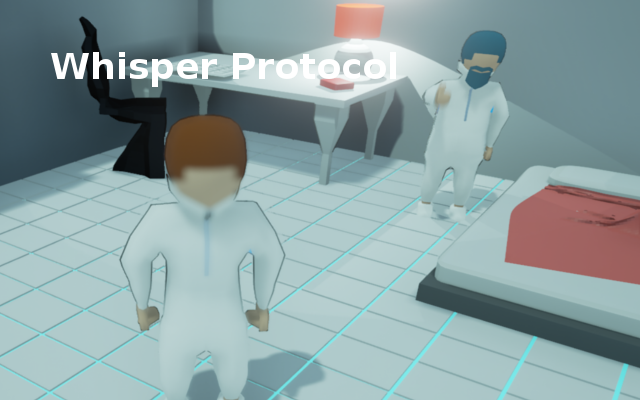 Description:
The game is set in a dystopian future, where an evil dictator and a swarm of guards keep people in line. Talking to another civilian can easily end up in you being thrown into jail. It thus rests on your shoulders to start a revolution. Use whispers to get people to support the rebellion and grow in numbers so that you may overpower the guards and eventually take on the dictator.

All assets modeled by the team.

Controls:
WASD to move. Mouse to look. Left shift to sprint. Left control to drop from a hanging state. Spacebar to jump and climb. F to talk. Q to start the revolution. 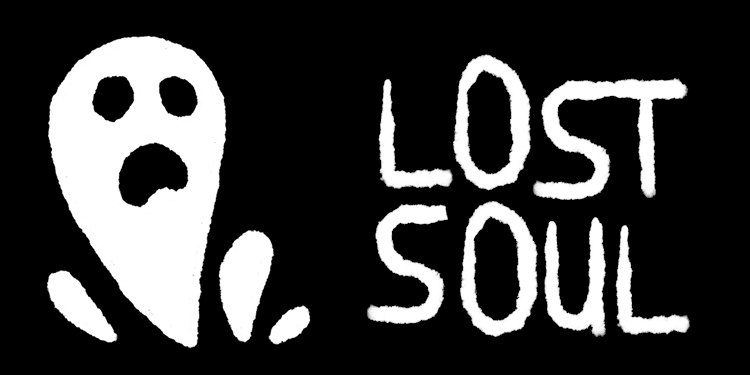 Description:
You’re lost in the jungle with nothing but a big burning stick. Try to find a campfire before the fire goes out, but be careful - jungle is full of wild animals and ancient traps. Sneak past sleeping panthers, jump over dangerous snakes, run from rolling boulders! And thread lightly when you can - running and jumping can snuff out your fire much faster.

Controls:
Moving: A,D or left stick
Running: Shift or any trigger
Jumping: Spacebar or A

Totalitarian Librarian, from That’s My Raspberry!

That’s My Raspberry! brings you a new and exciting library adventure! Keep the peace (and quiet) in your library by wappin’ all those noisy patrons upside the head! Featuring five whole weapons, this cutting-edge game is sure to bring you literally minutes of entertainment. Use a variety of big sticks to convince all those troublemakers to speak softly, and you’ll save the library! Or something. 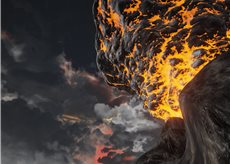 Description:
Get to the top of the volcano using your vault stick to stop the ongoing eruption.

The sound of a thump on a wall/door. Recorded using a Zoom H2n.

Partner did not disclose: Uses (at least) some textures from the ElementalDemo.

**** Please Download this link . Its exactly the same build, only diffrence is the start button now reads “Start” and not “Text Block” due to no sleeping at all*******

**We are : Yonatan Tepperberg, Nadav Hekselman, Doron Caspi, Arie Croitoru, Zevik Perry
**
About our game: Its an endless runner! Hurrah! Based on skill and agility!

You are a silent ninja, infiltrating an unsuspecting village, running on rooftops and avoiding detection. You have to balance yourself on the roof edges with your weapon while
ripping “wanted” posters that reduce the guards suspicion. Also avoid hitting vases that produce extra noise and will attract guard attention. Be careful not to get caught or killed!!

Assets: The main pagodas and weapon models and materials used in the environment were made by us. All the
sounds were composed and synthesized by our great sound guy Zevik. Other assets are royalty free Turbo Squid
and Google Warehouse models, and many are from the Epic learn tab projects and marketplace. The character is
from the Mixamo free pack. 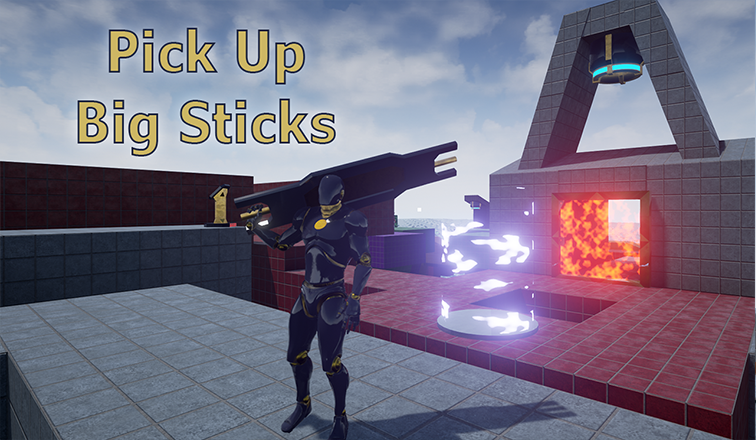