I have a issue with the replicated aimoffset, its jittery…

Here is a video describing the problem, and how I did the replication anyone got any ideas or offer some help?

That’s a very long video. Really just need to see the part of your Character and Anim blueprint dealing with aimOffset to see what the problem is.
Most likely, the problem is coming from an interpTo node, particularly the interpto speed.

This post should help if you haven’t already see it:

Note: There’s probably better, more efficient ways of a achieving these results, but this method does work. This tutorial (if I can call it that) should help you with making Aim Offset and Turn in Place animations replicate properly in a multiplayer...

If that doesn’t help then I’d recommend looking at how the GenericShooter blueprint marketplace project handles this.

That is the video I followed basically, can you tell me more about the interpTo node that could be the problem?

The only place I even use one of those is in the neck movement, which has nothing to do with the aimoffset, I even disabled that neck rotation thing alltogether and it still didnt fix the jitter in the aimoffset.

Here’s all you really need for Pitch AimOffset to replicate: 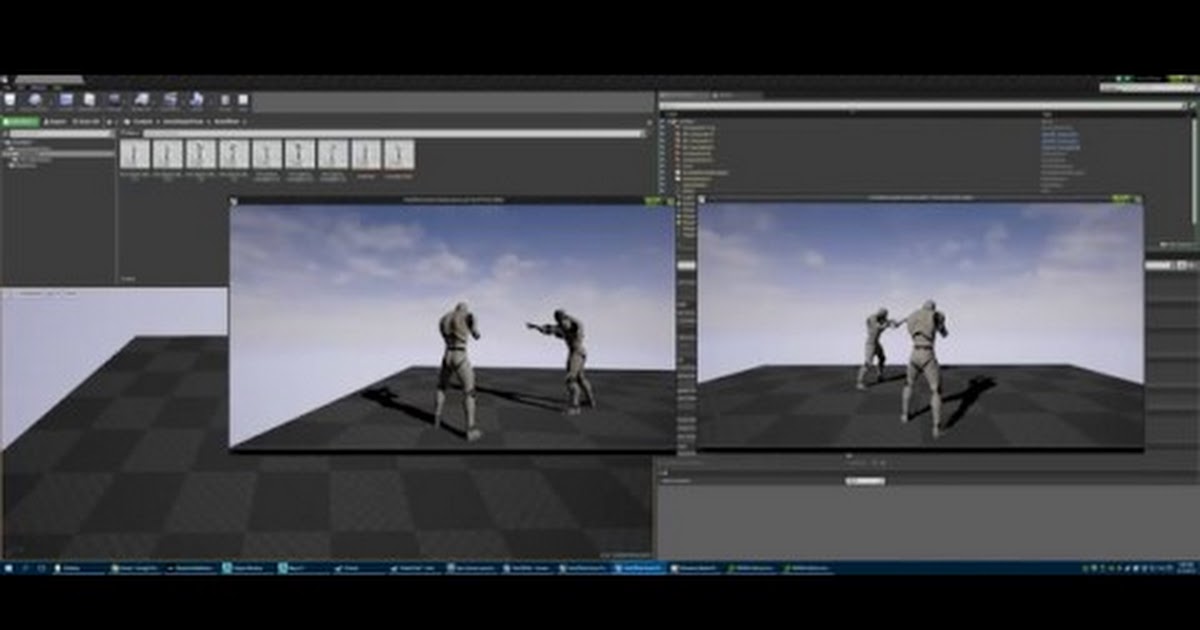 Well thank you for posting that, but I tried that and I see it requires some math to make it work, which is not a big deal. But what is odd to me is why you have to do it that way with the base aim rotation + some weird math, when most of the tutorials out there use other means to do it, which works perfectly fine, until you go for replicating it for multiplayer.

Personally I think they should give the animation blueprint some love and make animation replications much easier, thank you again!

***Edit : I did what you did and it appears to work just fine, so thank you for that!

Either way THANKS A TON!