If you are a hardcore Ballance/Marble Madness fan like me, then the game I’m working on might cause you sleepless nights

The basic concept is a marble game, where you can increase and decrease the size and mass of the marble anytime. Currently it have 2 levels: a tutorial to explain basic controls and a second one which is a pre-alpha test level.
I made a short demo a month ago to test the possibilities in the concept.

Since then I remade the basics from scratch and fine-tuned the game mechanics and physics, espacially the differences between the small/large marble, like increased control and mass for the large marble and a speed limit to the small one.
As you can see, the game is in a very early stage. The second level mostly just puzzles put one after another; I was experimenting with the idea of using only a simple “box” element to build all the level and the puzzles, just to figure out how versatile it could be.
Of course these puzzles need to be built into another level(s), because the level would be too simple like this, so I would say it is more like a level’s worth of puzzles then an actual level.
I will share the blueprints here - for laughs

- so if you are interested of the developement, you can check the progress here or even recreate the whole game if you like.

You can download the first two levels from here. (Last updated on 12/04/15)
//
At certain points the levels can get really challenging and it could last up to an hour or so to play through. There are checkpoints but for now there is no save, so if you want to see all the puzzles you have to play through the whole level in one sitting. If you do that, please post your score here, it would help me a lot. Thanks

The next step is to create another level with movable objects as well, and for that I will need a menu, level reset and save/load options. Currently I work on a level restart to reset the puzzles when the marble falls to it’s doom. What I use at the moment resets the checkpoint system as well, so I need to find a wayto figure out how to save the checkpoint position in a way so using console command “RestartLevel” resets only the level and the puzzles, but not the progress. Maybe I should use Gamestate for that, but I never did before so I need to figure out how to use that first

Cheers, let me know what you think

**Blueprints just for laughs part 1
**
This part is a modified Rolling Ball Game blueprint. I set up a speed limit in a way, that the faster the ball moves horizontally, the less force the player can apply to it. It was necessary to stop the small ball from speeding through the map, but still be able to climb on walls.

There is a Force and Torque the player can alpply to the ball, and the “ForcePlus” which increases with the marble’s size, so the larger marble is easier to control.

The Branch is there to check is the player moves by using a combination of left/right and forward/backward, and if so, to scale back the force to 70%, otherwise the marble would move faster diagonally than in a single direction. 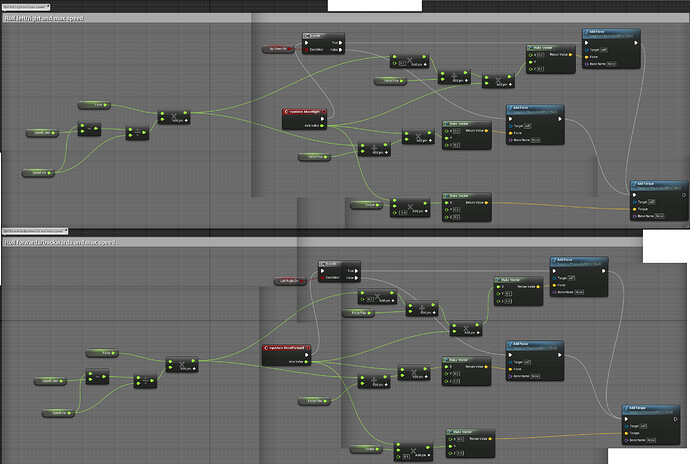 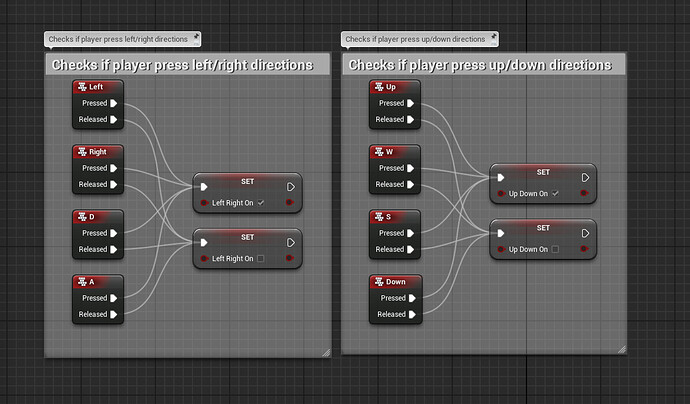 **Blueprints for laughs part 2
**
A quick setup to set the camera angle and distance. The farthest position is similar to a topdown view, while the closest one is more like a third person camera.

I kept the original camera from the Rolling Ball game template, so it is always parallel to the X axis.

**Blueprints for laughs part 3
**
The core mechanism, increasing and decreasing the size and mass of the marble.

Below that, the speed check for X and Y axis, and the time spent playing shown on the log. For some reason the HUD stops working after I close and reopen the project, so at the moment I use the log instead.

**Blueprints for laughs part 4
**
This is the part - the respawn system - that really needs a lot of improvement. As you can see there is a Vector variable which I use to save the respawn position once the marble collide with the triggerbox. (I save it when it leaves as well but just because it makes testing easier.) setting up the spawn point one by one is a pain and obviously there must be a better a solution

The first Triggerbox is a massive “killzone” below the level, and if hit it repositions the marble to the last saved spawn position. I also use Put Rigid Body To Sleep which momentarily resets the marble’s rotation and speed to 0.
I used “Execute Console Command: RestartLevel” to reset the map (currently not connected), but it resets the spawn position as well. Someone suggested I should use Gamestate to save spawn positions and other important data, which seems like a good idea, but so far I did not succeed with that (still a beginner :p).

Well, I keep trying, and of course any ideas to improve the game or the blueprints are welcome

I expanded the maps and add new puzzles and challenges. Also made an alpha build teaser from my gameplay footages to show off some of the game’s features. Enjoy! 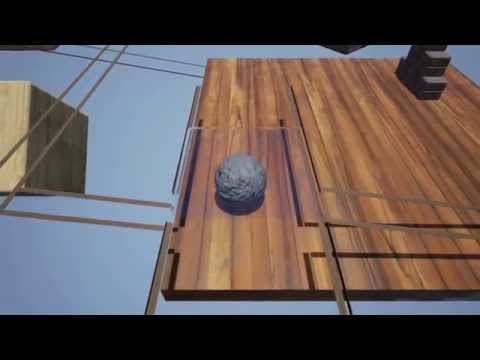 Also I teamed up with someone who has more affinity to blueprints to clean up my horrible ones, so the backend of the game look waaaay better now. Yeeey!

Cool, looking forward to it! There can’t be enough Ballance-like games.

I am really happy to tell you, that 10 levels are ready for launch with more on the way

I teamed up with someone to make the menus and stuff while I can focus on the level design and game design. Unfortunately he is a bit lazy, but as soon as he finishes some - minor - changes in the menu we will be ready to reveal a pre-beta version of the game.

Thanks for everyone who made this possible, taking the time to answer my noob questions on the forum and on answerhub! You rock guys! 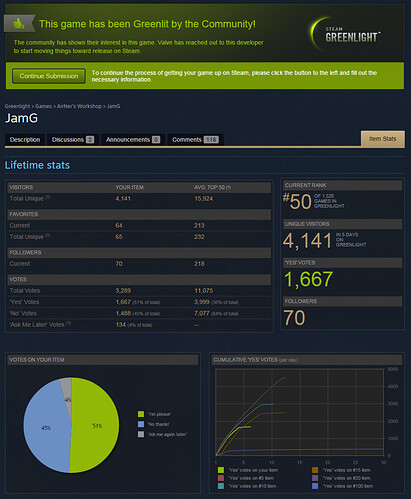 Got a question: while googling this game, I found out there’s a Kickstarter up for it right now. However, the guy’s username doesn’t match yours, so I just want to make sure that everyone is following the rules, here, and not just claiming something as their own to trick people out of their money.

.
It’s been 4 months since the first trailer and JamG went through a lot of change and improvement ^^

As you can see, JamG is still in alpha and lot of the textures and models are still placeholders, but we are getting there ^^ 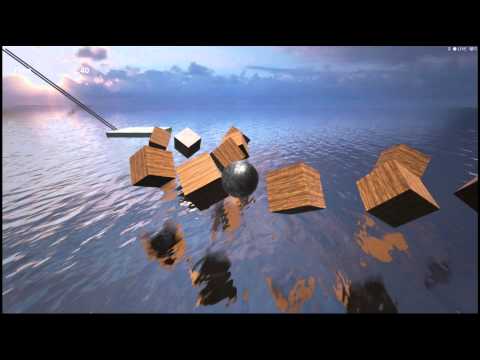