About a month ago I had a problem were my ssd was formatted by technicians because there was a problem that cause my computer to abruptly shutdown. I’ve backed the engine version so that after getting the laptop back, it would be as easy as copying the engine back to its position. So after getting my computer back from the technicians and re-installing the Unreal engine launcher, the problem was that the launcher was not recognizing the Engine, so i opened the engine version 4.12 (that I backed) directly from its UEeditor which was located in 4.12 files.

That caused some sluggish mouse movements and problems with the material editor. So I posted here for help but it went unnoticed.

So instead of waiting for the magical solution… I thought maybe its cause I’m not directly opening the engine from the launcher (which probably was the problem). So Ive searched for answers on the forums but none would help.

People had similar problems of the engines not showing up in their launcher. People that formatted their windows or updated windows, people that had to re-install the launcher or even Academies that don’t want to download the same engine, every single time on a different computer. So the smart solution is obviously copy the engine version, which takes less time and use the launcher to launch the engine. Link below if that helps you.

Some had success which I tried to follow and produce the same result. Some didn’t. I had no success.

I couldn’t wait for a response, it took to long, so instead of waiting for someone to respond, Ive downloaded the 4.17.2 version. And that was that.

A month passes and guess what… my computer has a problem again. It shuts down abruptly. Now after sending my laptop to the technicians, my ssd is formatted AGAIN. The technicians said that the problem that caused the abrupt shutdown, might have originated from Unreal. And its maybe the same problem that might have caused previews problems and will probably cause me the same problems. Below a link to another post of mine asking for help on this subject, explaining more.

Issue with computer abbruptly shutting down.

were you able to repeat the same issue with the exact same method? I mean, every 5 mins after you’ve done with UE4, then the laptop will always shut down by itself?

For the link above, I am not a programmer I’m an arstist and dealing with computer/ software problems is not my forte. So I search for answers on the forums and If I find none, I ask one. It is understandable that I wont get a answer, people have a life, Staff members have other more important answers to answer. So obviously If I don’t get answers I spent countless of hours more searching for the answers. Troubleshooting for problems link below. Hopefully I wont burn my computer troubleshooting for problems on this “MIRACLE” ( sarcasm ) called windows 10. I haven’t done this yet cause this stuff scares me and because I don’t have a engine to boot Unreal and trableshoot. 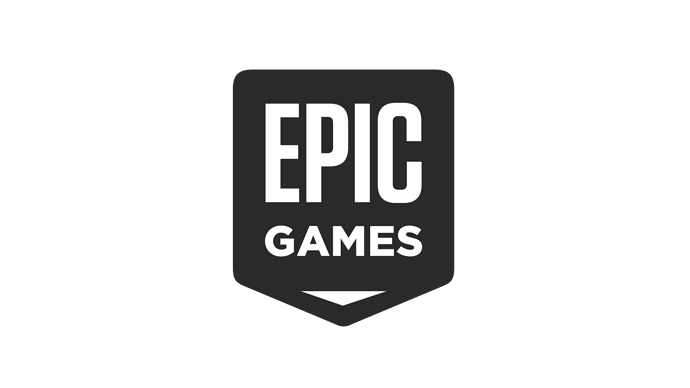 So back to the launcher problem… I went on the Support Center were there’s a wiki of known problems and how to fix them. (that helps you as much as possible, which a lot of us appreciate, thank you). Below is a link of that page

I have a windows 10, did exactly what the instructions said on the above link and this happens. 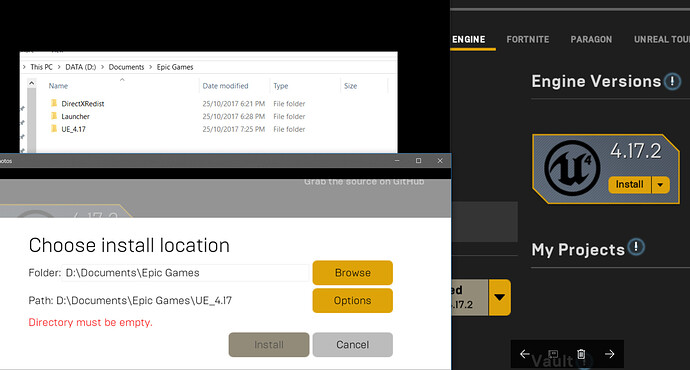 “Directory must be empty” and install button is not pressable.

I’ve sent email directly to Unreal, through the Support center as I have hit bottom.
Hopefully they will respond back.

If I never get a respond on the forums or the support center email…, I will obviously suffer in downloading the version AGAIN. After that I would suffer through troubleshooting my computer to crisp to find the problem. And if the problem continues then I will have to search for a alternative engine.

I hope a solution or more input can be given to these 2 problems cause I like Unreal.

A solution to the Launcher problem OR installing a copy of the Engine version you have, to another computer, can be found on the link below. The link kinda confused me, as the result that I got, can be seen on the image on the post above.

-Move the data files from your previous install into the newly created directory.

This fix has worked for me. The first and second paragraph/dot in the link above, was the confusing part that gave a bad result. So hopefully, the link and Brian Leebowitz’s guidance can help someone else with the same problem as I had.

Now I only need to fix the abrupt shutdown.

Get a new SSD, the thing was formatted twice and those techs didn’t even suggest getting a new one? I personally would not feel comfortable working on a project with such faulty hardware. That’s where I would start, new SSD with a fresh install of windows will probably fix you up but I know that’s not always Ideal. Problem is you might spend days battling this and still be back to zero if it crashes out again. best of luck

Thanks for the suggestion jimd667. I will keep that in mind.

I will try and troubleshoot Unreal engine with windows 10 first and with any other program that might come in conflict with the engine.

Also, when i was searching for answers both in the forums and the Support center, i found out that Unreal may cause shutdown problems or computer crashes if any program/ app is active in the background.

Another thing to take in mind is, the computer i use works fine with any other high performance software’s (like zbrush, blender cycles rendering and multitasking with multiple software’s at the same time.)

So obviously i need to troubleshoot first before spending money for another SSD and a fresh windows install.
But as I said, thank you for the suggestion. I got way more info from you in a few lines then what i got from my techs.