Issues with root motion with animation made in blender

I’ve made an animation using the sample rig/skeleton and want to extract the root motion in UE. In Blender there isn’t a root bone to manipulate so I just assumed it would take motion from the pelvis bone. 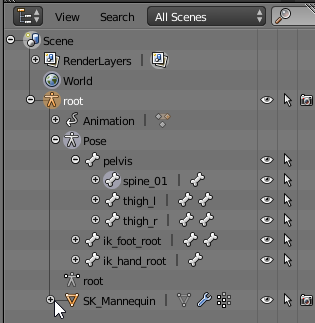 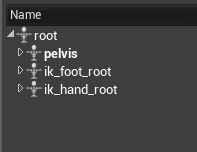 It seems that a root bone is added somewhere which prevents me from extracting the root motion. I’m not sure what I need to do to fix this. Hope it can help you…

Yeah that fixed the issues, however, UE claims that there are now 2 root bones and that the animation can’t be imported even though it seems to have been imported without any issues.

I only have 1 root bone in blender, either in the export from blender or the import into UE an additional root bone is added.

Rename your root bone to “armature” and Unreal won’t add another root bone.

I did that later on and it didn’t make a difference.

Sorry, did I say root bone, I mean the object should be renamed to armature. Did that also not work?