Hey All,
I’m having an issue with a portion of my control rig. It seems that when I create an effector using the Basic IK, all of the bones above the effector change their rotation to zero and none rotate properly. I’ve shown my issue in the following video. It’s probably something super simple but any advice would be great! Thank You! 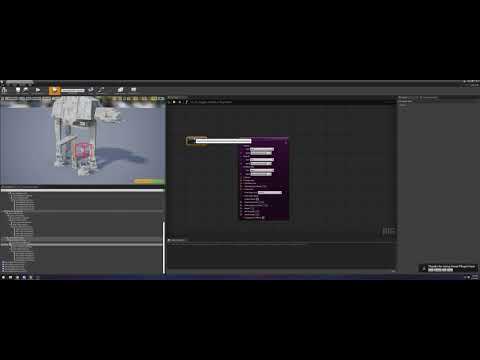 I have only started something similar myself, but I think you need to have the Primary Axis (first bone) and Secondary Axis (second bone) with the vectors pointing ‘down’ towards the controller.

If you right click leg2 in the hierarchy and select Control Bone Transform it will show you the current vector. For leg2 you need to assign the secondary axis to that which is pointing down eg in the image below it will be X 0, Y -1, Z 0. Do the same for the Primary Axis. 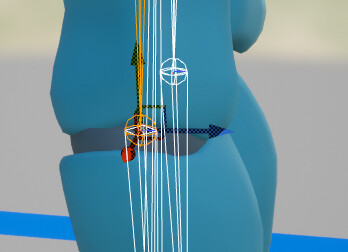 I watched the following youtube (In French but with good subtitles) that helped me out. Good luck. 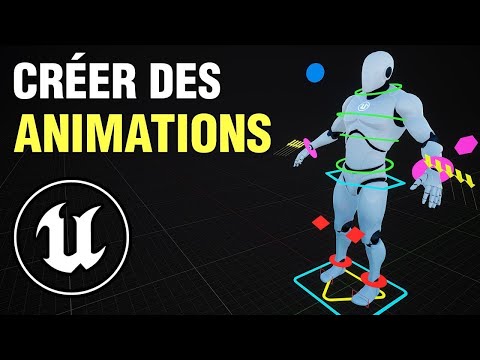 Thank You! This has gotten me started. Now my AT-AT’s lower and upper legs are connected BUT the “thigh” or upper oval gear is not attached to the upper leg. The rotation is off. Do you have any thoughts as to why this is the case? I changed the primary axis in the Z direction to -1 and that solved the first problem. I was hoping by changing the values in the secondary axis it would solve the upper oval gear issue but unfortunately it did not. 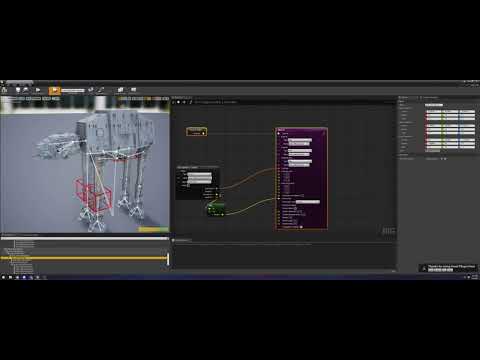 Hey, I don’t know if you solved it, but I think I found the answer you may have been looking for? 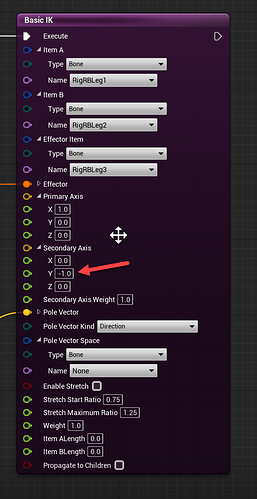 Hey! This thread helped me a bit but i’m still confused.
Im trying to set up pretty basic humanoid skeletal mesh with control rig. Before i found this thread my legs were going nuts. After some tweaks with your help i managed to set up leg (bones) that it seems to bend the correct way but mesh is still bending incorrectly. I think my primary and secondary axis in basic ik are facing correctly and something else causes this problem but im not sure. What do you think? I would think it is becasue of incorrect weight painting but “legIK” in animationBlueprint works correctly.
(also tried this graph (diffrent axis values) with ue mannequin and it is working)

Thank you so much. First I didn’t understand what you were trying to say, but with the video, it made totally sense.