Issue when importing a KineFX skeletal mesh from Houdini

Hi, I have an issue with exporting a KineFX rig to unreal.

I setup a door and animation, but when I export the skeletal mesh some part of it are disappearing.

Unreal complains about bone missing from the bind pose but the skeleton I sent to the ROP FBX Character export does contains the bones.
Only the root_lock_right and root_lock_left bones don’t have weight associated to them, but their children do.

So, in Houdini all is fine, bones, skinning, animations, but the unreal imported skeletal mesh is off.

I don’t know where to look to debug this, how would you fix or investigate this? 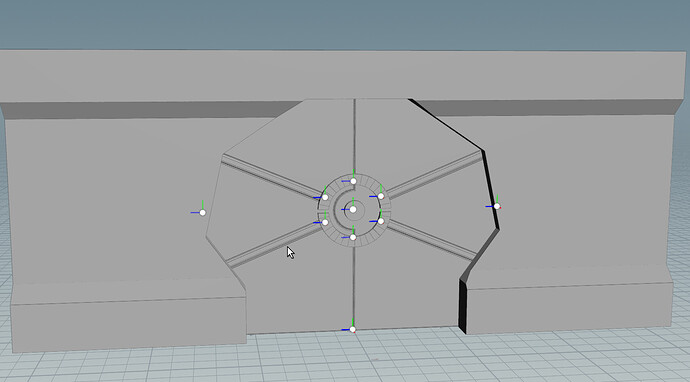 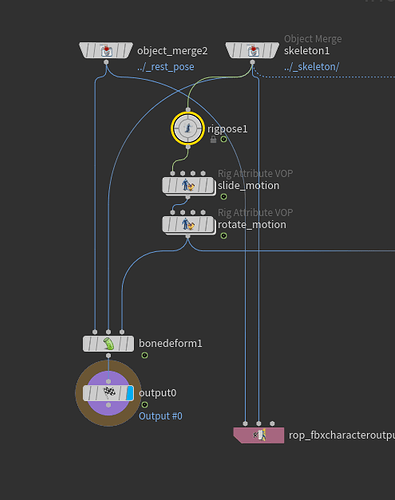 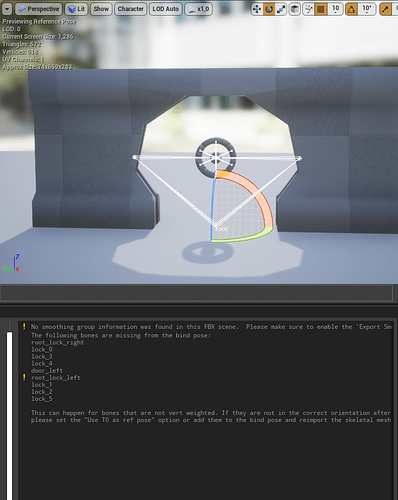 I exported the fbx with a rop character output, maybe I did it wrong

so something like this would be fine, as long as all the objects under root are bones only

I’ve never tried mixing in meshes in the bone hierarchy while having skinned meshes outside, so I dunno if that works

Thanks for your answer, I will investigate more on the fbx file.

What software did you use to open the fbx file?

i Quality checked the fbx export in maya

I couldn’t opened it in Blender (some errors poped up) and I don’t have Maya.

So it sounds like the issue is indeed about the outputed hierarchy mixing the bones and meshes.
The ROP FBX Character Output uses the path or name attribute to build the hierarchy exported to fbx.

I uses the names to build my rig and my skinned mesh, but used the exact same names for both.

To fix this, I prefixed all name in the bone hierarchy with rig: (so you have rig:root, rig:door_left, …) and it fixes the output.

After that I can load it into blender and into unreal appropriately.

Thanks for your feedback!

you wanna post that so i can take a look? I don’t even know how to name things in houdini

hi Voktu:
Can you provide the modified project ? I have encountered this problem recently. Thank you very much！