When using the left stick to move the character, a rotation is set to the direction in which the character in moving. The simulation image shows this happening, while only using the left stick. This does not happen when mapping LookUp and LookRight to Keyboard arrow keys or the mouse. This seems to be an issue with the Xbox controller only.
Any help would be awesome. Thanks for reading my issue. 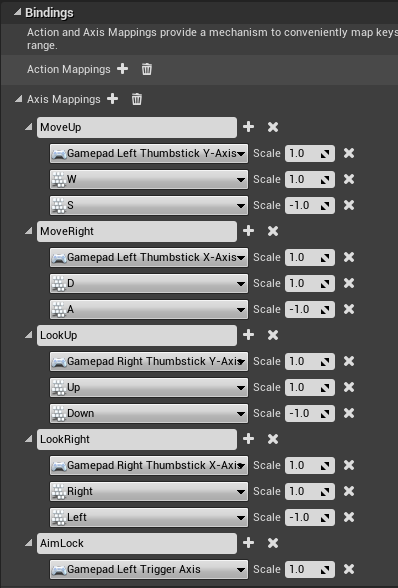 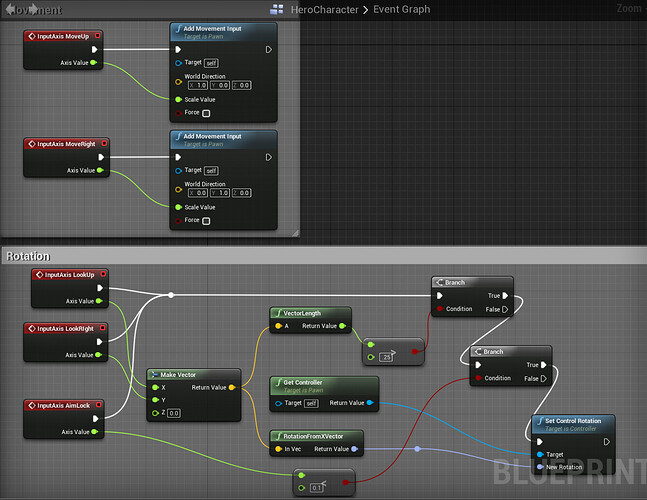 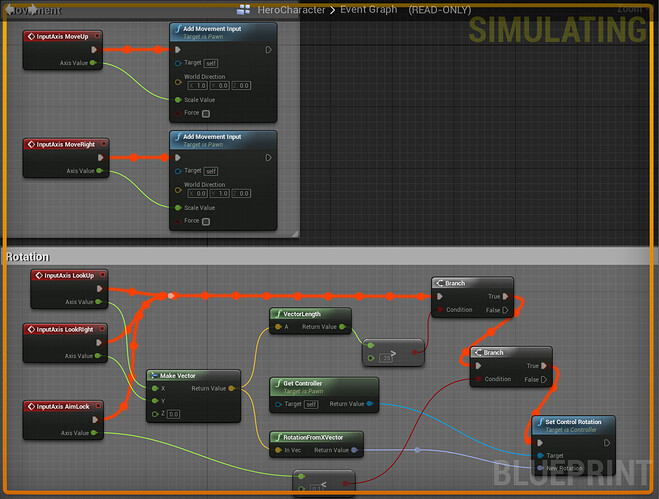 What’s HeroCharacter inheriting from? Is there something in that blueprint that’s doing the rotation?

I have struck upon a solution. Not sure why the keyboard inputs are even playing a role in this issue but they are!

When you setup the project settings → input, just remove the keyboard inputs of UP, DOWN and RIGHT, LEFT.

Check attachment for how it should look. I wonder if someone can explain why the left-joystick on the xbox controller is sending input as if it was the ARROW keys. 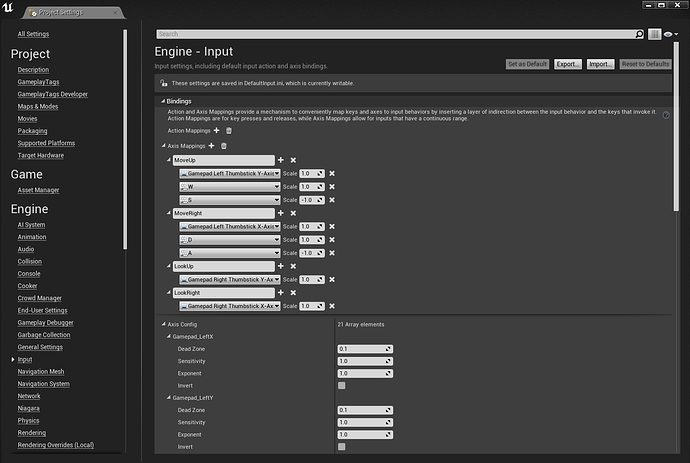 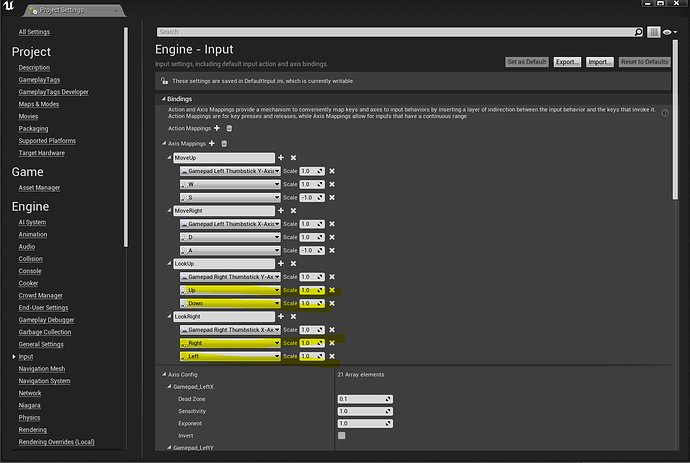