I know that im doing this the correct way but i just want to hear peoples opinion on something in order to keep my sanity.
For my game im doing short 2d animated videos that help follow the storry line.My drawing skills are weak,but my matte painting ones are up to the task and help me compensate.For each scene i start with a few fotos from google images,chop what i need,draw on top(or use as reference) and draw aditional elements,lightning etc. and create my on style.
Everyone knows that when you click on a image on google images and than click to show all sizes you are presented with the same image linked to hundreds of sites and is humanly impossible to know if a image is copyrighted UNLESS it has a watermark or a copyright logo to state this.If not ,than a person i think is free to use it,right?

Really need to take this load of my showders.

Yes you cannot do that on top of some else’s art, but watermark free images from google you can use them as reference for your art work, no problem there.

Thanks.So the example im showing is fine than?(having in mind that even distinguish features are removed)

Technically no, just because there’s no watermark doesn’t mean it’s not copyrighted, that’s part of the issue with using images from Google, it’s not necessary to watermark your work to show copyright, you own copyright for whatever you make without having to do anything extra. There’s certain uses where it’s OK to use stuff, but I’m guessing you’re going for commercial use which isn’t one of them.

Now this is geting interesting and i feel a litle pressure here as i did quite a lot of matte paintings for the project.Yes,its going to be commercial.From one hand when somebody says copyright i dont think that just by pasting a C on the image means a true copyright.(i supose it has to be registered somewhere).Leaving this a side i know many people do matte paintings the same way i do.Just go photo hunting,chop the necesary stuff and put your own vision to it.I think that as long you dont go using full stock/no changes(or just smaw ones) some other dudes photo ,legally you shoud be ok.
In the example im showing up there are major differences.
-no building from left side
-different fence (animated)
-character
-animated sky
-even parts of the buiding are different and detail is washed out the mood is way different.Thats the point of this work technique.

Hell,ill even mirror flip the image and add more if needed but i think this is at the point where it becomes a different piece of work separated from the source.I dont think someone can sue me for this? As parts an building silhouette are used for reference.

Im sorry for the strange thread but i think it coud be vital info to see how this goes as i have a feeling that there are no exact written laws for this.

Here’s something to think about: If someone takes a picture of the Statue of Liberty, and then I decide to paint a painting that looks just like their photo, am I at fault?

I dont think anyone is at faut.The dude that painted the Statue of Liberty based of the photo shoudnt be at fault because the first guy will say this was my photo and the second one will say,yeah but this is a painting(an artistic representation)(depending if its not copyrighted allready).I think it might be more a question of the angle/perspective of the photo/drawing that may be giving the strange feeling i have ,and if so this(drawing) can be streched and i think it woud be the final step.And as i said this isnt 1:1.its the use of the placement of objects represented in a defferent way making them unique.

When people gather at lets say art class and are presented with a photo,drawing,human model etc.They can all draw to the perfection the same object or artwork and no one is at faut.

Don’t worry, nobody can sue you over something like this. Photo referencing for artists is fair use even if you use someone else’s face to draw or paint on top of it.
What you can’t do is take someone’s photos and claim it’s yours or make it the main source of the service/product you provide. If wasn’t like that, ALL comics artists and photoshop illustrators would be in jail by now.

I mean, all fan at is illegal, whether it’s sold or not. And I suspect matte painting with someone else’s photos is illegal too. Any image you see is copyrighted unless you read that it’s specifically been put into the public domain or something similar, the text and watermarks don’t mean anything. That said, you’ll be fine.

No one’s going to go after you for this.

Right, it’s technically illegal, but the likelyhood of someone going after you is low. I believe there’s some degree to where you can say take a photo and do some changes to it for artistic purposes, but for something like a game is a different matter. Take for example in The Last of Us there was a subway map of Boston that was used as a texture in the game, except that it was a custom subway map a guy created and he noticed it in the game and forced them to pay him for it.

I don’t know what the case is for things where someone draws/paints a photo, but in your case it looks like you’re using the photo directly with some changes and a photoshop filter, and it’s very clearly the photo.

Is it possible to get multiple photos of the same architecture and then paint your own perspective, or is that asking too much?

Thanks guys for the fine debate and i got interesting info here.I will continue with my style and not worry.Will make last tweaks and rework more all my images.And in the end i will have animations and not stills so i strongly beleve im good to go.

Still when i go to register a name for the game i will have a small talk with the attorney just in case.

Nobody gets sued doing that

Just goes to prove that the ideals of what copyright is has become a complete mess over the years.

Copyright is not absolute as to policies created by others as to what is considered fair use.

As to the fear of being sued the odds are slim to none until you get noticed through an act of distribution and the level of popularity. You make the next great “Angry Birds” billion dollar winner the odds becomes closer to100% that someone will sue you because you used purple buttons along with the nut jobs coming around saying they are your long lost relative. Overall copyright is an unresolved argument between two individuals with self-serving interests that requires some means of mediation to resolve the issue based on who has the better story.

In other words being sued is just business as usual and can be looked on equally as an opportunity, as in no such thing as bad publicity, or only takes a couple of bucks from the billions you made handled by people you pay to take care of the “annoyance”.

P.S. Advice wise never accept anything at face value and do a background check as there are more people out to con you than there are people with legitimate copyright claims. 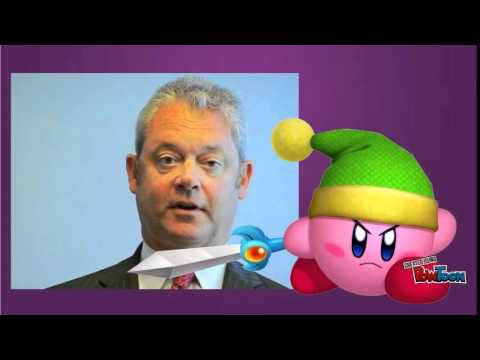 Whoops turns out that Universal did not even own the copyrights to King Kong.