Is this a bad approach for full map weather?

So I made a particle system which covers the entire map, 100000x100000. It uses GPU sprites at a rate of 30000, I have death on collision to ensure nothing stays alive too long. 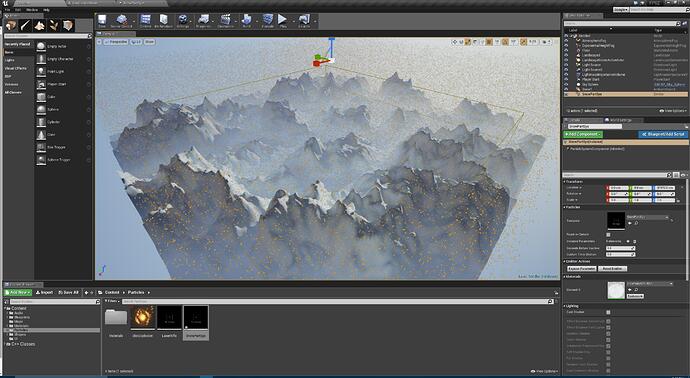 The results are pretty good, doesn’t seem to affect FPS in any way. I am just wondering if there is something drastically wrong with this approach, something I might not be thinking of? 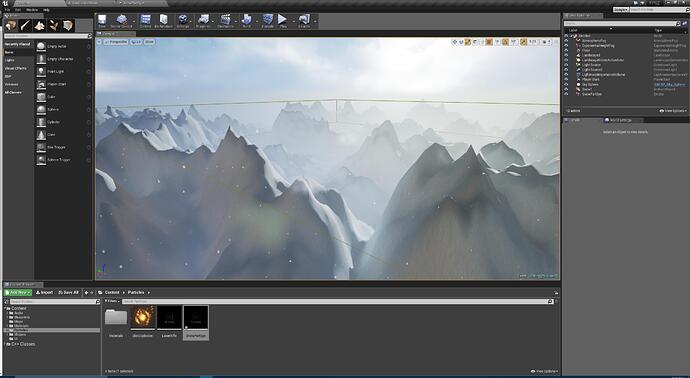 the best way to do weather is attaching particle emitters to the player, that way you can have highly detailed effects without performance impacts. you might not see much difference now but it looks like you have nothing in your level so far. once you start filling it up with props that weather will have a huge performance hit.

How big of an emitter around the player? Characters move pretty quickly (200+KM/H), at this velocity particles will inherit that as well. I forgot to add that the max draw count is 1000, assuming this does what I think it does

200km/h ? your map looks a little small for those speeds {unless this is just a test map then forgive me} 200km/h is what like 55 m/s so on an 8k*8k map you would go from one edge to the opposite in 2.25 mins. that’s pretty **** fast. im no expert on particles, just my own experience. if you are really moving @ 55UU/s then your current way is probably the easiest way. one thing off the top of my head is changing the angle and speed of the emitter based on current speed, so you don’t get that light speed effect that looks like rain is following you.

Hah, it’s a CTF map but there is also Z aspect as well using jetpacks. 100000uu is a generous amount of space in an FPSZ. Normal speeds are around 100KM, it’s not continuous either, if it was constant yeah the map would be tiny lol.

I’ll keep going this route for now, if anything comes up I will try it the way you suggested.

This really shouldn’t be a problem. GPU particles are very cheap to render as long as the overdraw is still low, and with something like snow you really won’t have any overdraw. Attaching weather to the player or camera is the traditional way of doing this, but with such high speeds you would probably have to make the attached particle system this large anyway. If you aren’t seeing any current slowdown, you should be fine.

I would NOT do this will something like smoke or clouds as those would have much more overdraw and cause some serious problems.

just do a load test and throw 10k actors in as well as foliage.