Is there a way to make vertical "walls" with landscape tool?

and texture them well? I mean I tried with the tools and the uv streched too bad .

additionally the individual vertext of the terrain are not manipulable in editor right?

is funny how very humble games (in technical aspects I mean) can do it (im playing tales of berseria now and they did it), btw Im not talking about caves, but simple things like this (they are not rocks (static mesh) they are part of the terrain, I think, look how smooth transition from “wall” to “floor” they must be the same terrain mesh:

just rotate the landscape actor 90 degrees and you have it vertically. in my examples you can see one use of such: 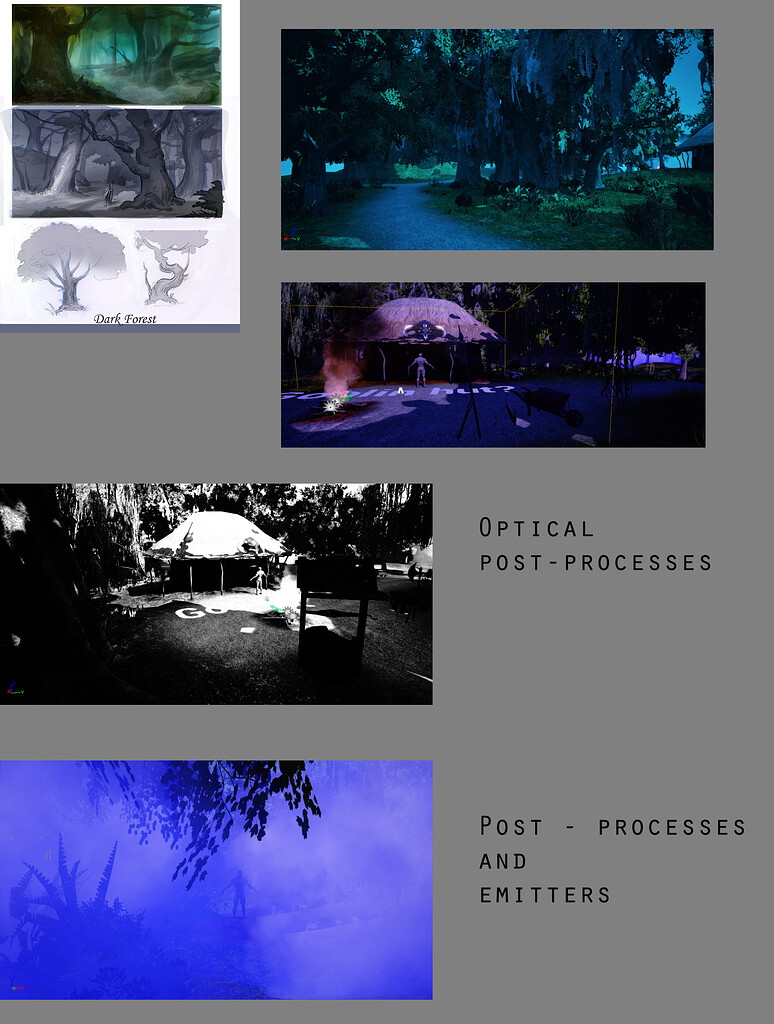 Hi, I do mapping / level-design in Unreal for many years. Next to most of the stuff in UEd for level design (static mesh pipeline, landscape tools, Matinee Sequences, Cascade effects, materials/shaders and so on), I also know blueprint programming,...

…In the one screenshot (WIP) that refers to the painting “The Great Day of His Wrath” by John Martin:

The Great Day of His Wrath

The End of the World, commonly known as The Great Day of His Wrath, is an 1851–1853 oil painting on canvas by the English painter John Martin. Leopold Martin, John Martin's son, said that his father found the inspiration for this painting on a night journey through the Black Country. This has led some scholars to hold that the rapid industrialisation of England in the early nineteenth century influenced Martin. Some authors have used the painting as the front cover for their books; examples ...

just rotate the landscape actor 90 degrees and you have it vertically. in my examples you can see one use of such:
Experienced Level-Designer offering services - Looking For Work? - Unreal Engine Forums

Yeah those are just static meshs. if you look on the forums someone made a material that helps with smooth mesh blending

Yeah those are just static meshs. if you look on the forums someone made a material that helps with smooth mesh blending

thanks i supposed that, indeed I tried with very big static mesh and performance wise it was not that bad (although it was untextured… )

You can use the repotologize tool with the landscape scultping that sort of fixes UV stretching.

Try the repotologize tool as Shirk recommended first and see, if it helps. If you still want to rely on static meshes, then I would suggest you to take a look into instances. They are meant to be used in numbers. And always have some LODs on your model or else there is nothing gained in terms of performance :).

Hi - I’m just dipping into learning about landscapes in UE4, and I was watching this video and it made me think of this thread at 26:45 and 35:45, where they talk about using the component brush and then the flatten tool in combination with fall-off strength.

Would either of these enable you to create the effect you are looking for?