I’m trying to build a game that consists of four vehicles within a level, each being selectable when chosen via a UMG button(s)- 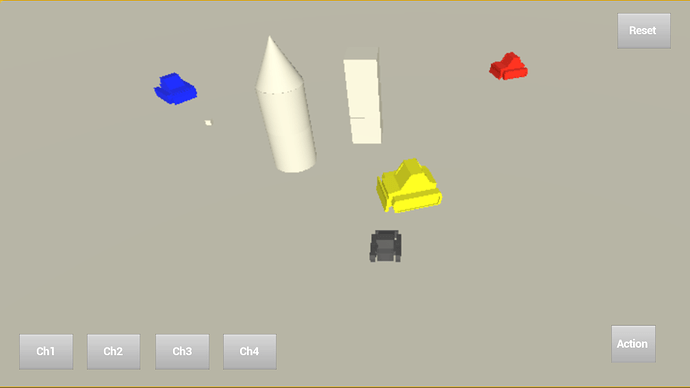 The vehicles are to be controlled by tapping or dragging on the screen of a tablet/phone (this is based off the TopDownController).

NB: The character selection setup was achieved thanks to some help from James (James94Hodges).

The concept is working great except for a problem that I’ve encountered - the meshes keep merging with each other when colliding, rather than keeping their solid forms 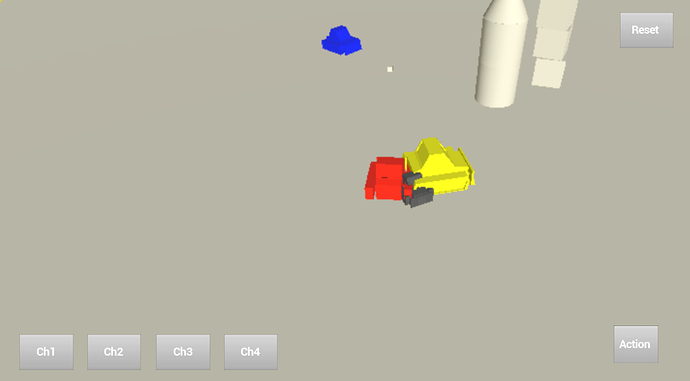 I know that this is due to using a Character blueprint which I have used rather than a vehicle or a pawn blueprint. The CapsuleComponent within the blueprint class has been scaled down extremely small and then I’ve added a box collision to encompass the mesh. This works great when looking to crash through boxes/cones/etc but this doesn’t stop the problem described above. 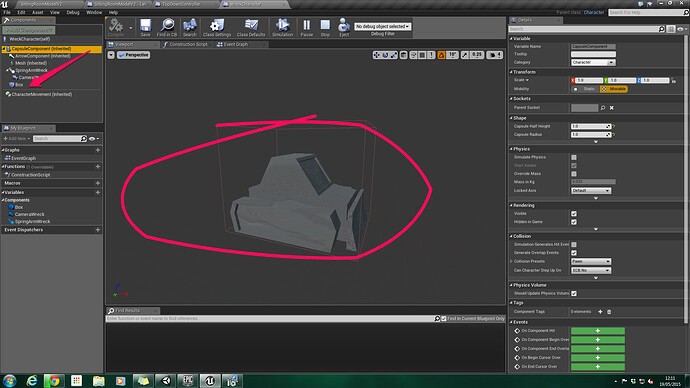 I have tried using a vehicle blueprint but the touch-based element doesn’t work (I don’t want to use virtual joypads as I’m seeking to keep this as simple as possible). I’ve also tried using a DefaultPawn but this comes with a sphere collision component which then leaves me with the same problem as the Character Blueprint’s CapsuleComponent.

My questions is, can I build a pawn using a static mesh and apply or create a movement component that will allow me to tap/drag to move but also keep the collision of the mesh in as near to the shape of the model as possible? (I have tried copying and pasting a Movement Component from a DefaultPawn into a simple Pawn with only a static mesh, but the system goes haywire as it’s obviously not meant to be there outside of the original).

I have tried using a DefaultPawn, scaling down the collision sphere and adding a box but this didn’t work.

The annoying thing is, the mesh I’ll be using is designed to be simple (there’s no moving parts) so whilst the Character Blueprint class is working, it’s not really required to be as complex as it is.

If anyone has managed to do this in a similar fashion, or has an idea as to where I may be going wrong, I’m very much open to suggestion. I should add that whilst I’m trying to learn to code at the moment, it is still a undiscovered country for me.