Is it possible to make objects moving like spinning tops by using Blueprint?

Hi all, as I was recently watching lots of video tutorials on how to make a rotation of an objects by using Blueprint, and quite honestly as a beginner user, I have absolutely no problem of repeating them all ,however, after making a thorough research, I was unable to see anything like making objects rotate and move with their unpredictable course resembling those kind of spinning tops. So I am here to ask you these : Is it really feasible enough to make it, again by using Blueprint with some “mystic” or very unusual component of Unreal Engine?..

I think this should be achievable using just a visual script alone. You will need to use a timer to change the tilt angle then possibly a random function to give the top erratic behaviour when collapsing.

Chaven, pardon me for my confusion, but by “visual script” you still mean using a Blueprint correct? …and regarding making tilt angle which would be unnecessary to make it in my project because instead of a real spinning tops, I do have in mind to make a cylinders rotating and moving like them …,I know that might sound wired, but that is one of my priorities! )

I build a simple rotator for a cylinder. look at the screenshots attached. Notice that with my setting the cylinder will spin from the moment the player starts the game and is doing a 360° spin in 2 secs.

Now you have 3 options:

maybe there’s a better solution, this are only my two cents. hope this helps

You can add a rotator to the static mesh also. Just saw that in a tutorial I was watching about something else. Add component ->rotator

You can add a rotator to the static mesh also. Just saw that in a tutorial I was watching about something else. Add component ->rotator

Might be easier. didn’t know about this. you should try that one first

…]
2. adjust the degree of spinning (from 360 to whatever fits your needs, like an astronomicaly high number to make it spin forever)

Using an “astronomically high number to make it spin forever” is a bad idea, imo. It might crash, slow things down…

Then you could adjust the angle it’s spinning at, based on a pivot at the bottom, because over a certain amount of time, tops start to get wobbly.

Alternatively, you can use 3D modelling software to create an animation and export as an FBX with that animation “baked” in.

Wanna first thank you for all such an extremely descriptive instructions, which I will definitely set my time as I am finished learning the concepts of a Blueprint with the Engine itself ,however, I was just recently browsed some very interesting tutorials in Russian and found that there is actually another an alternative way that might also worked for me and that is previously design some kind of circled slithering trajectory that the objects are either gonna spin and follow around it: 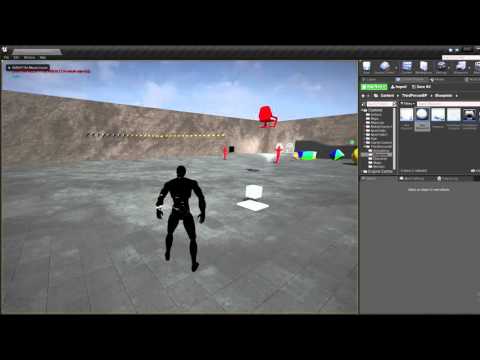 …,but deep down inside I am looking for unpredictability and since I now realize that everything is possible, I will be trying it out first!.. that Engine is even more then a Sex machine, eh?..))