Is it possible to create a Full Motion Video Game In unreal? 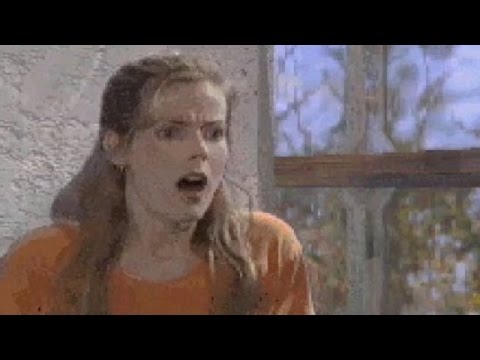 know it’s a bit out dated but oh well…

There aren’t really any tuts on how to do this anyways thanks for reading.

Dude, if they could do it with their technology for the time, then it can be done with ours.

Basically, you create videos, then have a button to activate the corresponding video on a plane.
I won’t say it’s simple, but it can’t be more complicated than making CoD, I’m guessing.

Yes it’s possible.
You can actually create any kind of video game in UE4. The limits are only set by your own abilities (or your willingness to learn and figure things out).

You may not find any tuts for Full Motion Video Games (FVMG), because it lived a short life and died out way before many of today’s inspiring Game Devs acquired their first Video Game. Some would dispute a FMV Reboot, with today’s photo-realistic rendering capabilities. I would argue that today’s Graphics Power allows rendering photo-realistic entities in real-time, interactively. But, Human Characters are still difficult to pull off in CG without being uncanny and this is where Live Action remains King-of-the-Screen. Additionally, I believe many of us have been desensitized with CGI-heavy Blockbusters.

I’m experienced using HitFilm and Blender for video editing, chroma-keying, Camera and Motion Tracking, and 2D/3D composting and visual effects. There are several different Applications used in developing film. Integrating all of these systems into a single product would be ideal. A dedicated FVMG Dev Platform is what I’m looking for. UE4 could be the worlds first FMVG Dev Platform with some emphasis placed on the production of Next Generation Full Motion Video Games/Interactive Film.

Non-lienear editing (NLE) are the primary feature that Video Editing software apps offer, in addition Layers and Masking. Not certain at this point if UE4’s Media Framework can be NLE solution, but its a start. In the interim there is enough functionality in UE4 to build a FMV Game Editing Application. This would be my approach to taking full advantage of the UE4’s Audio, Visual, and Networking capabilities. Merging my passion for Game and Film production into one is a long distanced goal very very far away. However, The Dawn of Next Generation FMVG is upon us.

Very very doable.
@TechLord I’m also thinking of the same thing! I just learned HitFilm and Fusion and always thinking how to incorporate them into UE4 (or the other way around)

Very very doable.
@TechLord I’m also thinking of the same thing! I just learned HitFilm and Fusion and always thinking how to incorporate them into UE4 (or the other way around)

I personally wouldn’t incorporate those apps into UE4, but find Libraries that provide similar features and integrate those into UnrealEd as a plugin similar to the Houdini Plug-in. A Blender Plugin is very appealing to me for this purpose. Blender is the closest to being a all-in-one FMVG Development Platform. It has a Game Engine, ChromaKey, Video Sequence Editing, Motion Tracking, and 3D Authoring/Animation. But it’s focus is not on Gaming Tech and Blender’s UI is notoriously clunky. This is where UE4 has an advantage. In my opinion Add a Blender Plugin with UE4’s Game Tech and Networking (Real-time Collaborative Editing) and we would have The Ultimate FVMG Development Platform.

… But it’s focus is not on Gaming Tech and Blender’s UI is notoriously clunky. …

It was, but now Blender has Pie menue Google

I recently ported Night Trap from the Sega CD (written in 68k Assembly) to HTML5 / JS in the browser, so you can do this in UE4.
It really comes down to their support for the media player framework, but Epic says it isn’t production-ready yet.

Still, I’ve been curious to give this a go. Probably something I’ll tinker with in the next month or so, to get a better understanding of how UE4 imports and plays video files.

Wonder if you could record the people themselves in an inverted 360 VR style, then place them into the game engine. Sort of the opposite of recording 360 VR of the game environment and then placing it behind real people.