is Epic games partnering with the USA Army and USA Government?? Officially?

Hello.
I had a question. is epic games officially partnering with the USA army.
according to these news 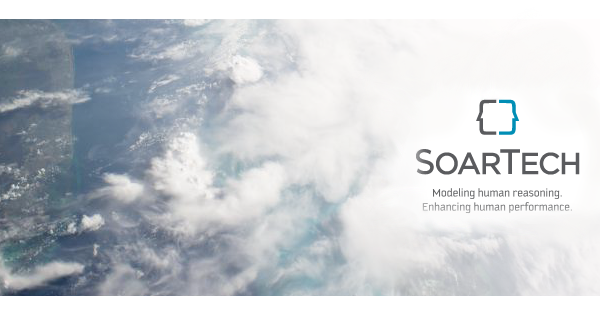 Epic Partners with SoarTech for Government and Military Applications

Epic Games has selected SoarTech as our official provider of licensing, support, training and development services for Unreal Engine 4 in government and military applications. Read on for more details surrounding this partnership revealed at I/ITSEC...

if any of epicgames official would answer
thanks.

Hello again.
can somebody please answer? if it would be from Epic officials I would be thankful.
I want to start my career on marketplace and this is crucial for me to know.

The announcement at I/ITSEC seems pretty clear. SoarTech is doing government military contracting, EPIC is not.

Although I can’t quite understand why a partnership or not would matter at all to a Marketplace submission. Is this related to a “I will never work for the US military!” personal choice?

Hello.
Thanks
Yeah I am a muslim and I can not work with those who are contibuting to usa military [because they are on war with Muslim countries]

I just want to know the epic games official stand on this:
Do they respect muslims and condemn those wars?
are they helping USA military / government in a way or another?

Seems pretty clear to me. They are in a partnership meaning they are probably developing some virtual reality or simulation game stuff for the US military for their training.

I can understand why you have a problem with that, though I find it ironic that you don’t want to use Epic products because of a US military partnership, but not because they are partners with Tencent / the chinese government, which is commiting a genocide on a muslim population (the Uighurs).

I think you are very unfriendly. Have you seen this with your own eyes? I welcome you to come to China for a walk and take a look. You only need to abide by the basic laws and local customs and habits.

buddy, you know perfectly well that independent reporters are not allowed into the camps, stop pretending there aren’t grave human right crimes happening: China’s genocide against the Uyghurs of Xinjiang, in 4 disturbing charts - Vox

btw as we speak right now Taliban is killing and raping civilians in Afghanistan. but no one talks about it cuz US is the onc that’s evil blablabla

Yeah pretty much, but I think we should stop the political offtopic talk, as otherwise this will be getting locked / deleted.

I was about to post the part of the User License for UE4 that says not for use with gambling, live combat (sim and training would be okay use), nuclear, aircraft navigation, etc. BUT now all of these things have been removed from the EULA.

Well a game engine does have uses as to military simulations and such and not unusual for an engine designer to have a partnership with such organization. Co-Op from the engine developer is a must have even for a small development team or a big company like Disney

Gaming in the military is not something new and as far as simulations goes they invented the genre.

America's Army is a series of first-person shooter video games developed and published by the U.S. Army, intended to inform, educate, and recruit prospective soldiers. Launched in 2002, the game was branded as a strategic communication device designed to allow Americans to virtually explore the Army at their own pace, and allowed them to determine if becoming a soldier fits their interests and abilities. America's Army represents the first large-scale use of game technology by the U.S. government...

Tricky topic that’s easier to veer away from than take on. Time to put on a hard hat! Video games are often more shallow entertainment than art, as they tend to mostly stay away from difficult topics, and rarely speak out on issues, or say anything. But if we stay away from tricky topics or are afraid to go there as a species, how is that going to help? We’re not going to grow as a species, and things like Perpetual Wars will continue forever.

So there’s rich material in the divisive topics above. But the important thing maybe is to show the POV of both sides. A key rule that film-school writers / directors are often taught early on is this… There are no villains, not really. There are just people going about their day. Why? Because if you oversimplify things or label everything as good or bad, you can’t really function as an artist. And game devs are artists as well as filmmakers / writers, right?

Personally, I’ve no real understanding of why some large force occupied a country for two decades and have just recently pulled out, with the original force taking back control in a week. But I’d like to learn or know more. Games can offer that. Equally with our friends the reds, what’s going on there? Scary! But interesting material for a video game.

Overall, the west has its own evils to address / answer for. Totalitarianism can be anywhere in any form, whether its on the scale of a mega-state, micro-state or at corporate / management level. So its everywhere. That ensures video games will never run out of material, as long as artists are brave enough to go there. But its hard too when money is at stake.

Perpetual war, endless war, or a forever war, is a lasting state of war with no clear conditions that would lead to its conclusion.[citation needed] These wars are situations of ongoing tension that may escalate at any moment, similar to the Cold War. From the late 20th century, the concepts have been used to critique the United States Armed Forces interventions in foreign nations and the military–industrial complex, or wars with ambiguous enemies such as the War on Terror, War on Drugs or the Wa...

Tird If the US military uses this UN it means that the UN is good!!!

Five Star fleet General Order 1 No starship or peronal of the fleet may interfere with the normal development of any alien life or society.* Translated into our mortal language… Mind your own f##### business!!!

I was about to post the part of the User License for UE4 that says not for use with gambling, live combat (sim and training would be okay use), nuclear, aircraft navigation, etc. BUT now all of these things have been removed from the EULA.

Wow, that is seriously disappointing. Though not suprising, considering that Epic breaks that rule themselves with their Fortnite lootboxes.