I’m experiencing some difficulty in publishing my game to the iOS app store. My app was rejected for the following reason:

On launch and content download, your
app stores 6.9MB on the user’s iCloud,
which does not comply with the iOS
Data Storage Guidelines.

I can’t find any reference on this issue online and I cannot find any information pertaining to iCloud backups in the unreal editor or in any of the documentation. Can anyone please advise on this issue, I don’t even know where to start with this one. FYI my game has a savegame file which I suspect may be the culprit, but again there is zero documentation on this issue.
Please help me.

I’m just checking back on this question because I’m still completely stuck at the final hurdle for releasing my game on iOS. Obviously it’s extremely important to me to get this issue resolved as it’s holding up a large part of our business. Is anyone able to shed any light on why this error might be appearing. Evidently some files are being stored in the users documents folder which is then getting backed up by iCloud, but how would one go about finding out which files are the problem.

I cannot run the project on the simulator and I cannot inspect the files on the device without jailbreaking it, and even then I’m not sure how I would do it, and even then if I could find out which files are the problem there’s no method for me to insert the objective-c required to stop those files being backed up.

Is it fair to say that Unreal Engine is entirely broken on iOS currently due to this error? Has anyone else experienced this issue when trying to publish a game?

We got this reject too, and dont get solution yet. =\ If anyone know how to fix it, please give an answer.

I’ve been trying to isolate the problem, One thing I’m investigating is our use of third party plugins. We’re using the unreal universal ad plugin, Universal Mobile Ads for iOS & Android - Marketplace - Unreal Engine Forums, I’m currently trying to strip it from the project to see if that could be the culprit. pRoxxx, do you mind telling me if your using any third-party plugins or whether your project is blueprint or c++ based. Maybe if we can find out our common ground we can narrow down the scope of the issue.
Myself, I’m using that ad plugin mentioned above and my project is blueprint based with a couple of c++ blueprint functions which I don’t think should be causing any trouble. Also i’m on unreal 4.12.

Well, I guess that rules out the ad plugin, the unreal engine version and it being a blueprint or c++ project. Seems to leave the problem with the engine. Perhaps a new policy from apple that’s not been accounted for by the engine writers. Some feedback from them would be appreciated at this point. This issue has been holding up the whole business for a week now. Seriously losing faith in unreal.

Apple approved our app. Solution there: 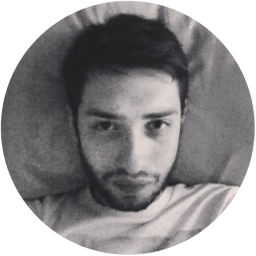