Casting is only needed when you get an actor and you need to trigger a specific event or function that is specific on that actor and at that point in your logic, the logic does not know exactly what class it is.

You should be able to just “Set visibility” on the Sphere actor. 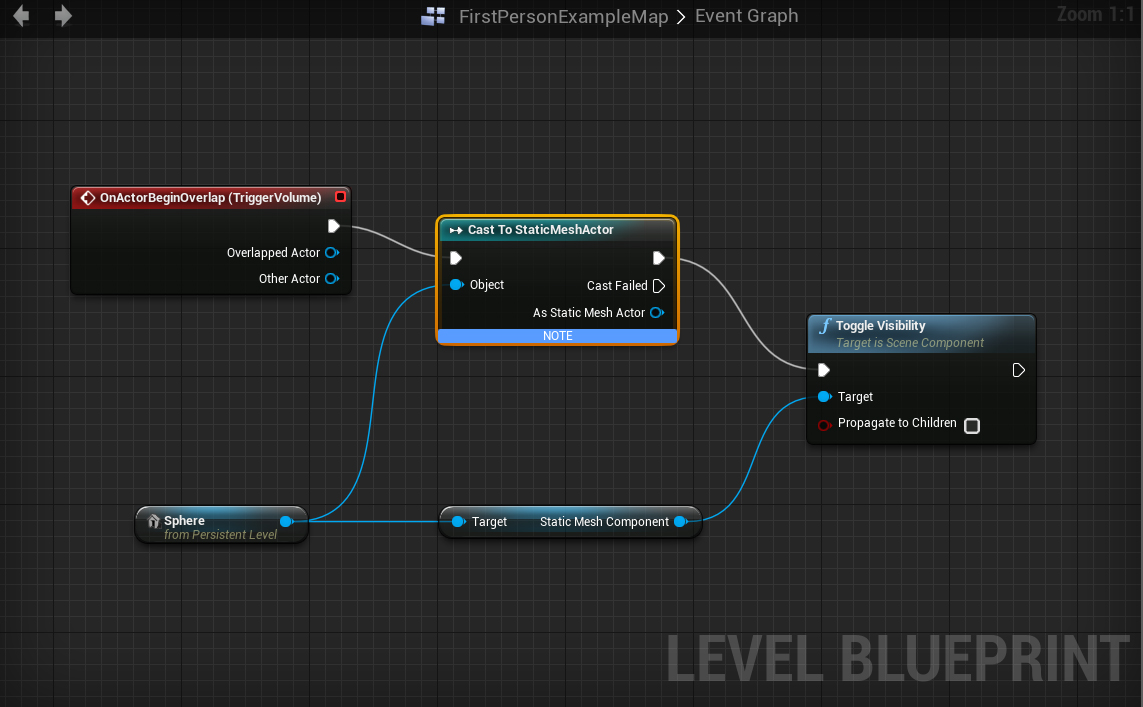 the above example not working

You would be much better off creating a blueprint actor for something like this. Instead of doing it in the level blueprint.
This would allow you to reuse this actor and its functionality as many times as you want.