Hey, I’ve been trying to make so that player can pick up items. for now it’s supposed to destroy the selected item/actor but its not going well. The item is a children BP of the item master which includes the scene and ItemData data structure. In theory it should destroy actor but it’s not. Would someone please help me? 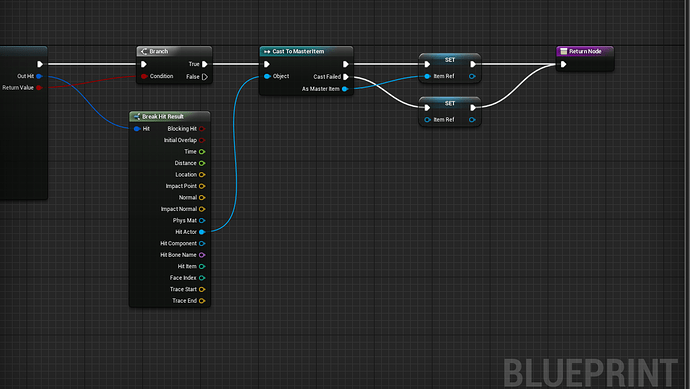 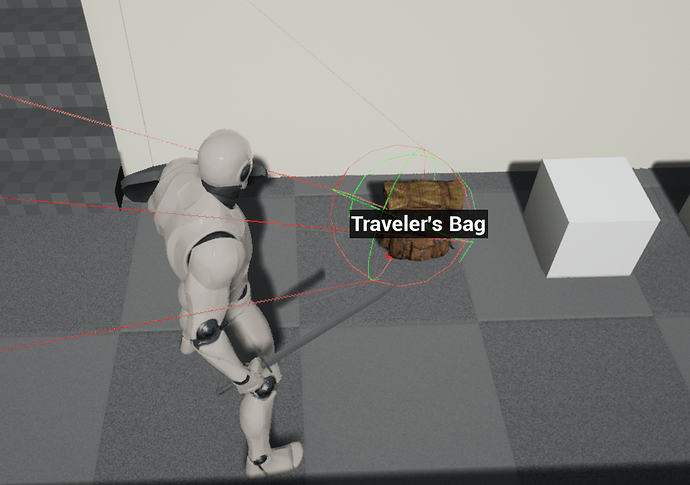 sorry, in the screenshot it was after experimenting with other methods. The original version is this one, 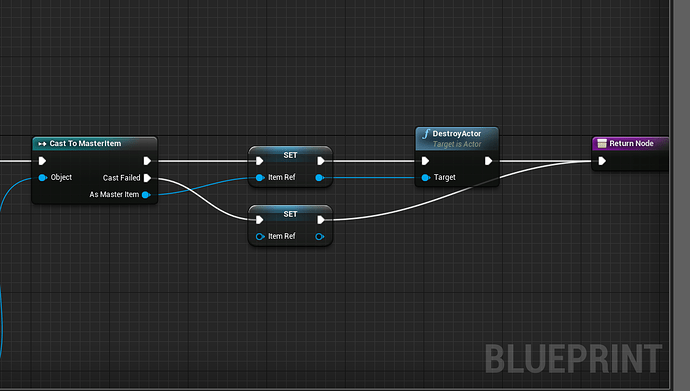 and no, it’s still the same outcome.

Hmm I Dont see anywhere that you call the Destroy function. Is it just not in the screenshots?

try adding a print string on the Cast Failed, maybe it is failing to cast it and that is why it is not destroying

edit: you may also print the Display Name of the hit actor, maybe it isn’t even targeting the object you want

Thank you for replying again, the casting to master Item seems to be failing? Not sure why?

edit: i use a node called SphereOverlapActors

Maybe you shouldn’t cast it to the Master Item, but to a child one?

Hey, I’ve tried it and it still fails to cast to masterItem. 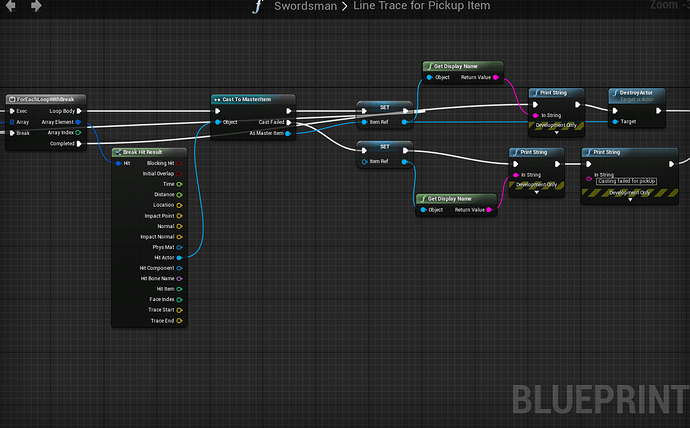 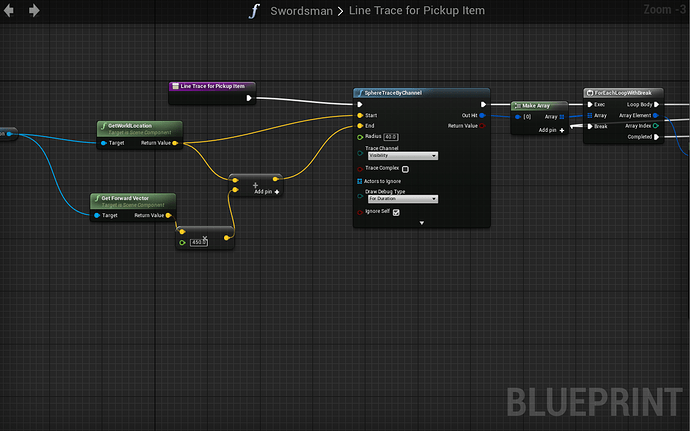 Wait, why do you have to cast to anything to destroy the actor? Can’t it be destroyed directly?

Correct me, if I’m wrong but…

Can you print the name of the hit actor after you check blocking hit? 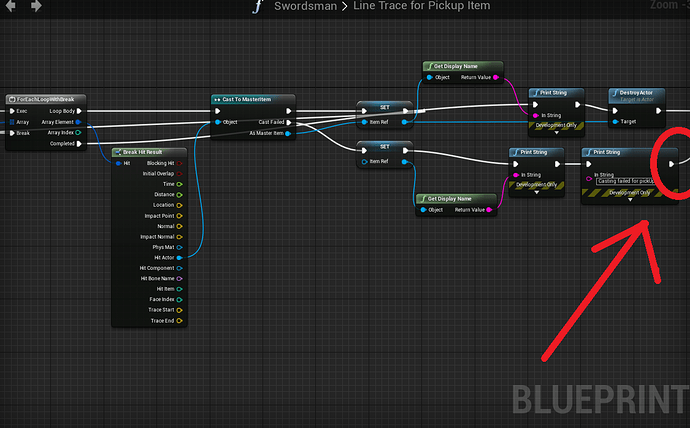 you need to use a MULTI sphere trace

You don’t need casting to find the actor, you already have it when you get the hit result.


Alternatively x2, you can create an interface and put it into the bag blueprint. In this case you won’t even have to cast, you can just call the interface. 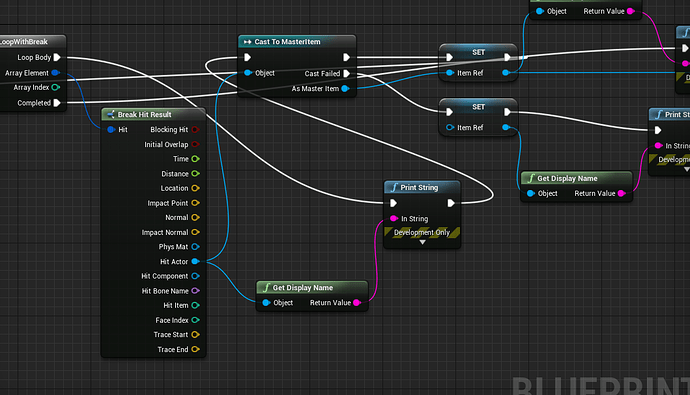 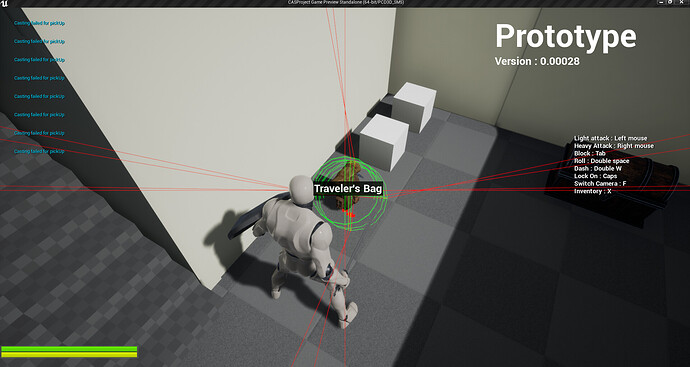