finally, after quite some client projects done with UE4, which we unfortunately are not allowed to show, we finished some little test scene, that we’d like to share with you.
So far our projects either consisted of huge office spaces or production areas with heavily detailed machinery, thus our workflow was very focused on optimizing meshes, minimizing draw calls and so on. That process is usually quite time consuming and thus more viable for large scale, corporate-backed projects.

After the latest announcement by Evermotion to release some of their ArchInterior-scenes for UE4 now, we started thinking. How much could we strip down and optimize our workflow, to make the process more likely to be used in smaller, classic Viz-projects as well. We looked over their scenes and i have to say, they did a good job there. We wanted to compare our abilties with that, so we decided to take one of the older Arch-Interior-scenes as a reference and started working from there. The goal was to port a classic Viz-scene from 3ds Max/Vray to UE4 without sacrificing too much quality but also not getting lost in all the minute details…
We really appreciate the efforts by Evermotion and their first UE4 releases, but we tried to take it in a competitive way to see how close we could get to the renderings in comparison, to what they where able to do.

We went with the Kiev Apartment scene, because it had the perks of being based on an actual, real-life scene, which would be a nice comparison for the abilities of UE4 as well.

The following shots compare our results to the ones from the original 3dsMax/Vray scene…feel free to tell us, what you think about it 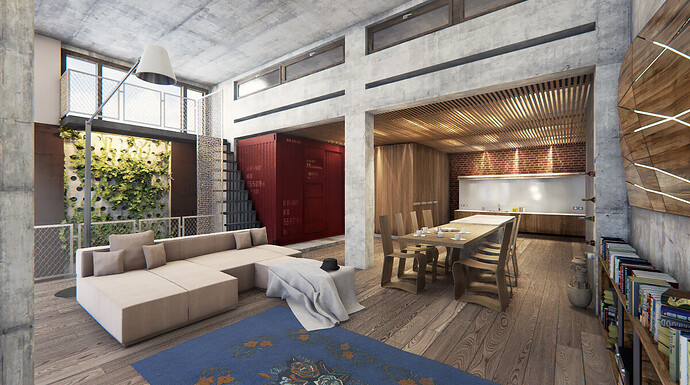 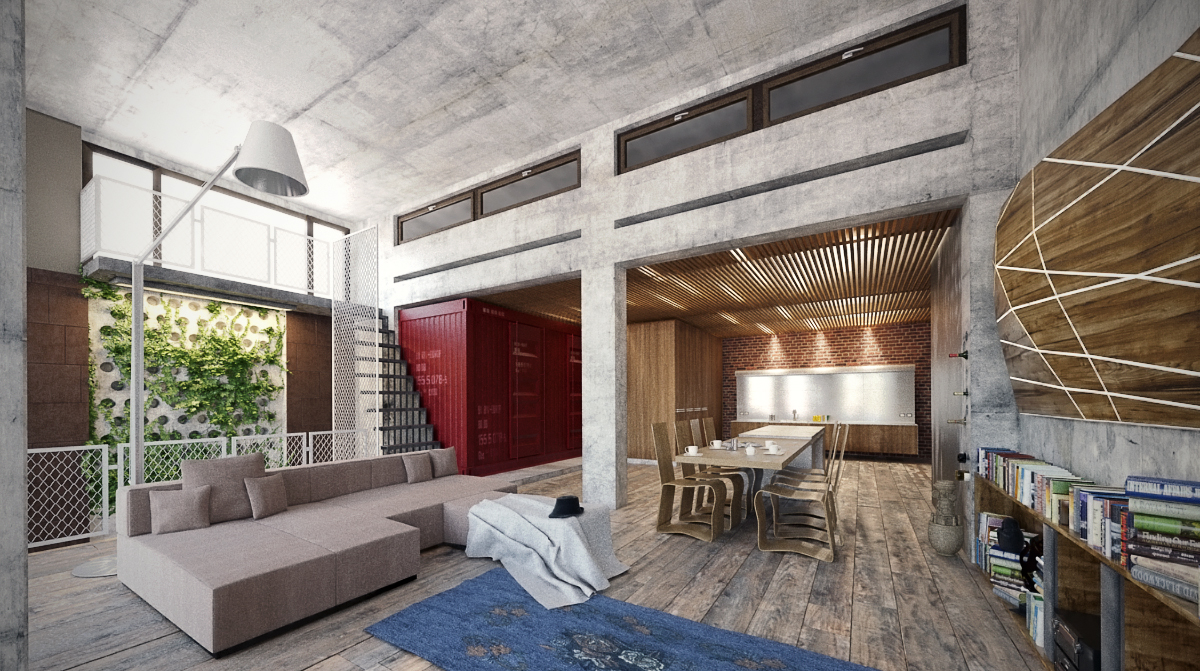 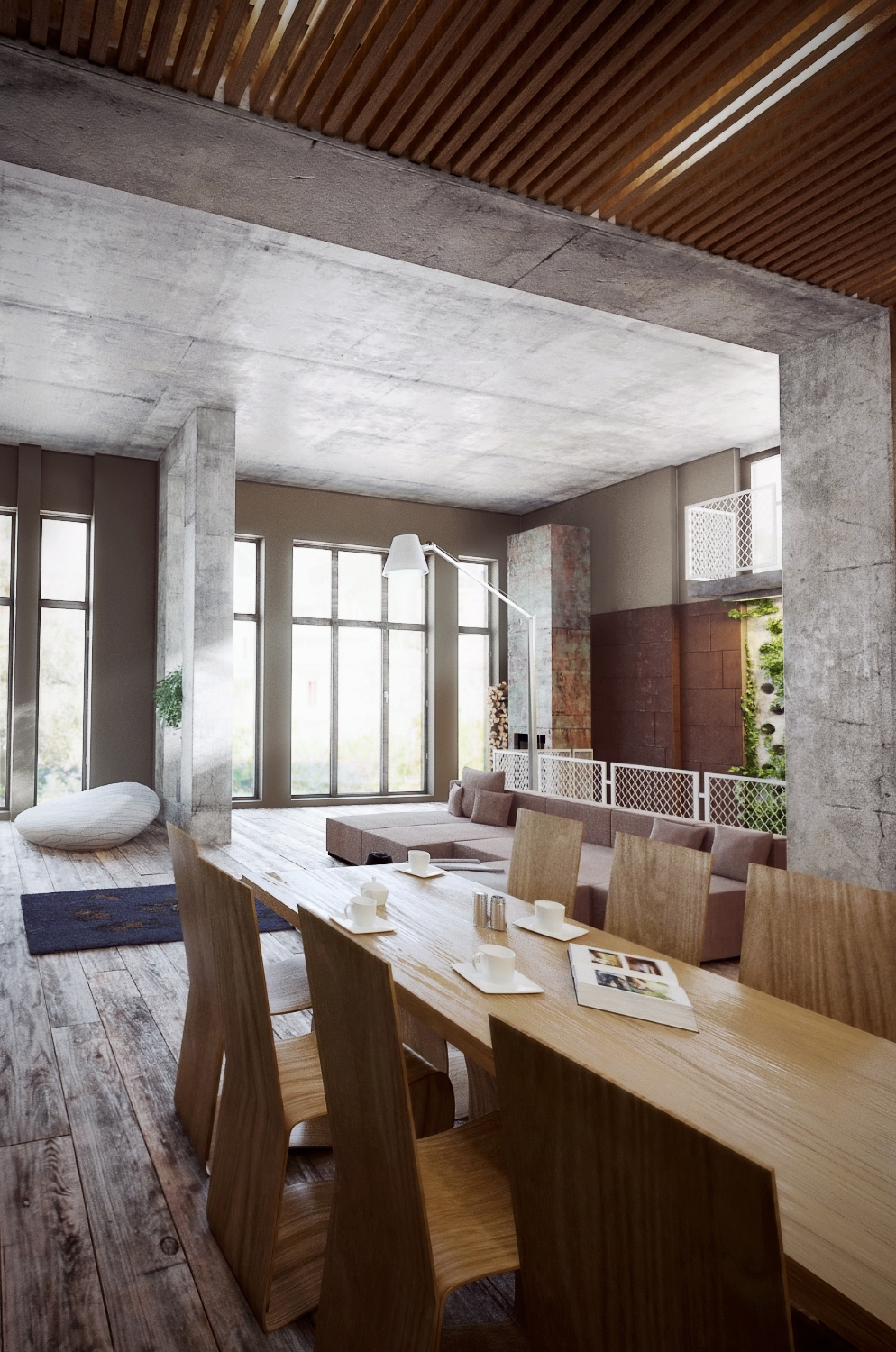 We decided to divert from the scene in a few particular points, as it seemed to be neccessary for us. For example, we changed the floor. First of all because the original texture was way too low-res for our use-case and second to that, because we wanted to try our scripted workflow to port FloorGenerator-scenes to Unreal.

The Evermotion comparison left aside, i think we managed to get quite close to the original photos of the Loft, that you can see on here:
http://hqroom.ru/loft-apartment-v-kieve-ot-2b-group.html

One major advantage of having ported this scene to UE4 is of course the possibility to create high-resolution videos from that scene without having to endure days and days of rendertime like you would usually have with 3ds/Vray. We put together some basic camera tracks to focus on some of the details of the scene. It’s so much fun to be able to go through a scene of that visual quality in realtime.

Please have a look at our results on our youtube channel: 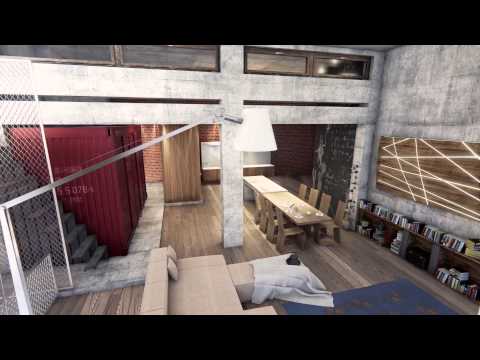 We uploaded the video as 4K, but unfortunately youtube doesn’t unlock that feature for now.
The video was created with Matinee in 4K resolution with increased screen-percentage for better anti-aliasing and a sharper result.

One last note to the scene:

It took about 3 days to port the whole scene to Unreal. Quite a lot of time was spent on tweaking lighting and materials later on. I think we could be even faster, but it depends heavily on the specific scene.

We plan on publishing a few more Unreal-based projects soon. If you like this one, stay tuned. You can follow us on facebook, to keep track of our progress.

After this long post one last word to Epic: Thanks!

…for providing such convenient tools to work with, that enable us to create things like this. If you could put some more work into translucent materials (e.g. fogged glass, water), we’d be perfectly happy…but even now, this engine is amazing.

The least I can say is…

That is looking REALLY REALLY good. I’m impressed =D
The only thing that doesn’t look 100% right to me (just about 80-90%

) is the concrete, which I would like a liiiiiittle more specularity on.