Hi, i have a problem with my integer (Indeks Czaru) after On drop. 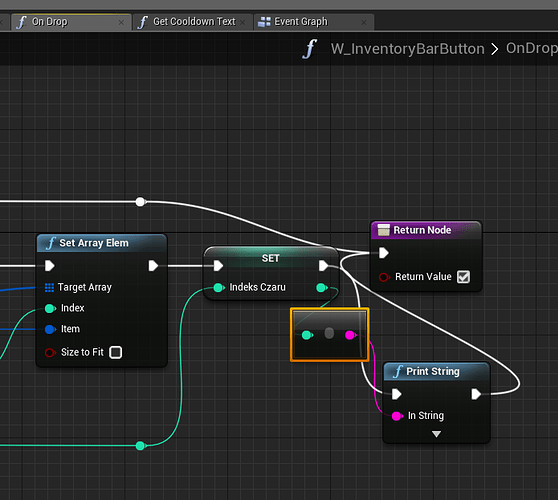 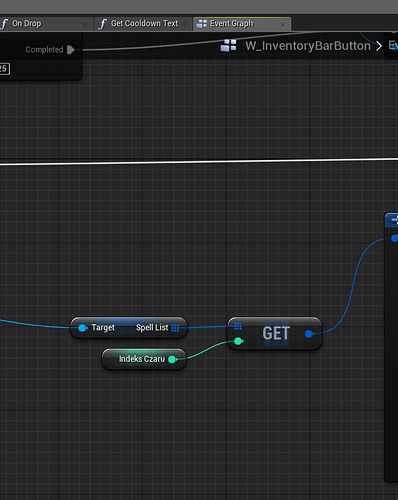 Hmm…Are you sure it’s the IndeksCzaru value that’s resetting? Or is it the problem with that array, and maybe it’s trying to reference something from the spell-list that’s invalid? Try the print-value thing you do in the first image in the second image too, to be sure. You might want to set “size to fit” to true on that array-set node, too, just in case.

Some other ideas: Since this is in a widget…how are you creating the widget? Could you be re-adding the widget, and thus reinitializing it, in between the two screenshots?
Is the onDrop function being run more than once, so it’s resetting itself?