Get it from Unreal Engine Marketplace or itch.io! 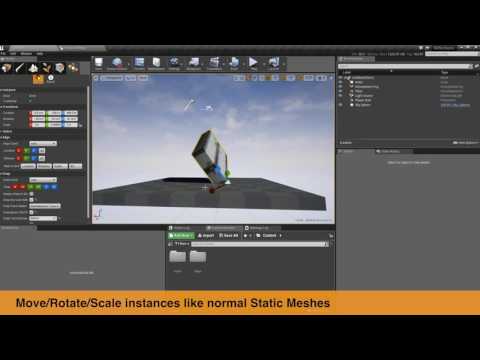 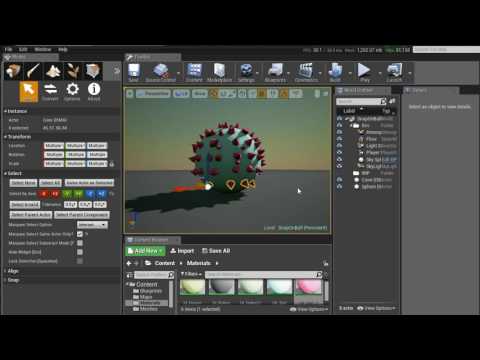 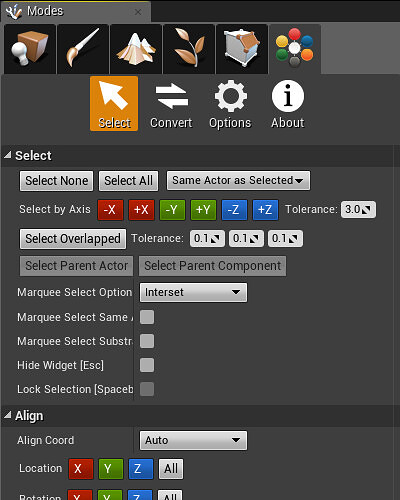 Is it possible to add painting tool for instances? (currently it’s only possible to paint foliage and that’s slow on mobile)

@motorsep, thanks! The initial version is focus on more general level editing features with instanced static mesh like select/move/rotate/scale/align/snap/multi-edit, that been said, adding placement/painting feature sounds a very good idea, will definitely consider.

This could be even more useful in combination with Rama’s ISM conversion tool, here’s hoping they both work well together!

I’ll be picking this up when it hits the Marketplace definitely.

@MajorFailure, thanks! You might be insterested to know that I’m adding (Hierarchical) Instanced Static Mesh <-> Static Mesh Actor conversion functionality to InstanceTool:

Please ignore the reused icons, haven’t got time to make some

This looks great. Can you edit instances placed with the Procedural Foliage Tool or Foliage Mode with this?

Can you edit instances placed with the Procedural Foliage Tool or Foliage Mode with this?

Is there any specifc functionalities Instance Tool has but lacking in Foliage tools? I think I can try extract them and submit pull requests to epic for them to consider merge in.

Would be nice if this tool would also generated (hierarchical) instanced static meshes based on the original static meshes with actor tag (HISMCs don’t work on mobile, so ISMCs is the only option for now).

For example, if I place 5 rocks and 10 pillars on the level, then select 5 rocks and press a button, an instanced static mesh BP would be created, containing 5 instanced of the rocks (with option in the Details panel to hide/unhide original meshes). Same goes for pillars.

Is it something you could add to your tool?

In your example, you can select 5 rockes and 10 pillars (there’s no need to set tag first), press “Convert Selected Actors to Instances” button, there’ll be 2 ISMC/HISMC actors created: one with 5 instances of rock, one with 10 instances of pillars. You can choose to turn these 2 actors into blueprints later.
There’ll options to hide original actors, or put original/converted actors into folder. I’m also thinking instead of creating new actors each time, there could be option to add instances to an existing ISMC/HISMC actor.

Btw, will you provide pre-built plugin? Will generated (H)ISMCs work on any platform ?

As Unreal Marketplace release, from what I’ve been told, they have built it on both Windows and Mac, so I assuem it’ll be released with both win and mac binaries.

As far as generated/converted (H)ISMC actors, they are just normal actors with (H)Instanced Static Mesh Components, they should works on whatever platform Unreal supported. (IIRC there’s software instancing emulation added on platforms without hardware instancing support since 4.6 or so)

Sent you a PM

@MajorFailure, thanks! You might be insterested to know that I’m adding (Hierarchical) Instanced Static Mesh <-> Static Mesh Actor conversion functionality to InstanceTool:

Please ignore the reused icons, haven’t got time to make some

@Nate That’s awesome, thanks for letting us know! This has just become even more indispensable

Any news from Epic about Marketplace release ?

And I finally sit down to start writing documentation for Instance Tool, wip version could be found here. Since the scope of Instance Tool is starting to glow beyond my original planning, I figure that it’ll require proper documentation sooner or later…

I submited the 1.0.1 version to Epic on Aug 23, and it was accepted and entering “code review” phase on Aug 26. I haven’t got any update on the review result since then. According the marketplace stuff I’m contacting, they got lots of code plugins to process, so it might still in the queue.

Thansk everyone who purchased Instance Tool on itch, your support really means a lot! And please do let me know if you run into any issues/difficulities when using Instance Tool.

Thansk everyone who purchased Instance Tool on itch, your support really means a lot! And please do let me know if you run into any issues/difficulities when using Instance Tool.

@overlaps, do you installed Instance Tool as Engine plugin or Project plugin? Is it possible that you leave 1.0.1 version installed in project plugins folder?

Both About tab and Plugin Window should display 1.1.0

@Nate I’m installing it as project plugin and using one of default project templates. I’ve checked there was no plugins installed on engine folder. But just in case i’ll make a clean install right now.

ps. yep, clean install make it work as it should, ty!

@overlaps, it’s great to hear that everything works now after clean install from ur pm.

Just a reminder, Instance Tool can be used as Engine plugin or Project plugin, but be sure it’s not installed in both locations.

Made a timelapse video to show some 1.1.0 features (1 click convert from static mesh to instanced static mesh, snap instance rotate to hit normal, select instance by axis with tolerance…)