I’m about to install it and would like to know which features are required for UE4, and which I can uncheck. 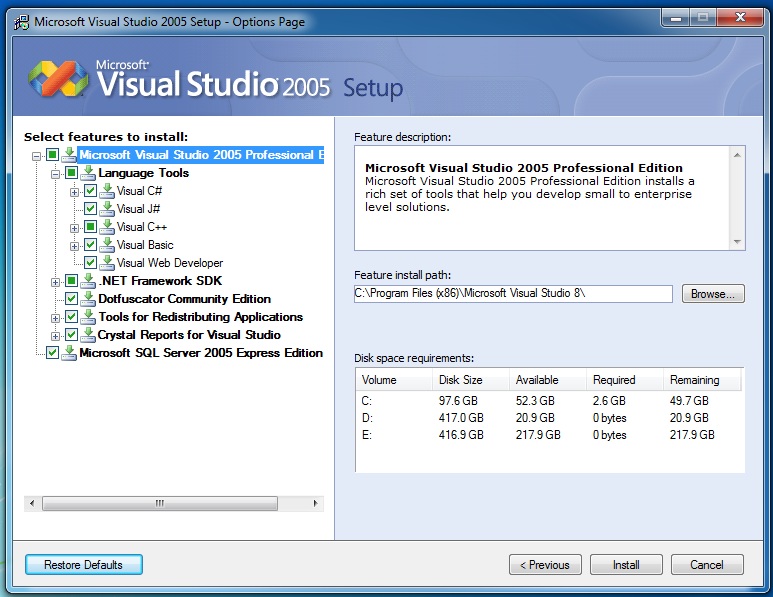 Why not Visual Studio 2013 Community Edition?

I have this for a while now and I always do full installation for UE4, but realized most of the features aren’t even needed for UE4.
What’s the difference with the one you mentioned? I’m not a programmer.

You need at least Visual Studio 2013. This is 2005. VS2013 Community Edition is free, you can download it here: Visual Studio Community 2019 - Free IDE and Developer Tools

Did you actually used VS2005 with UE4? Or did you only worked in the PIE without ever compiling things?

I just installed VS 2005 to start the engine I download through launcher, no actual work done with VS 2005 itself.
I never experienced any errors anywhere while working with engine. Though as I mentioned I’m not a programmer, as far as I have worked with the engine it never had any problems.

Umm, most likely you’ve mistaken some VS libraries dated with 2005, but you 100% could not used this version to work with UE4.

You don’t even need VS to use the UE4 editor, FYI

^ Without it I get a compiler not found error. But it’s fine with 2005 like always. 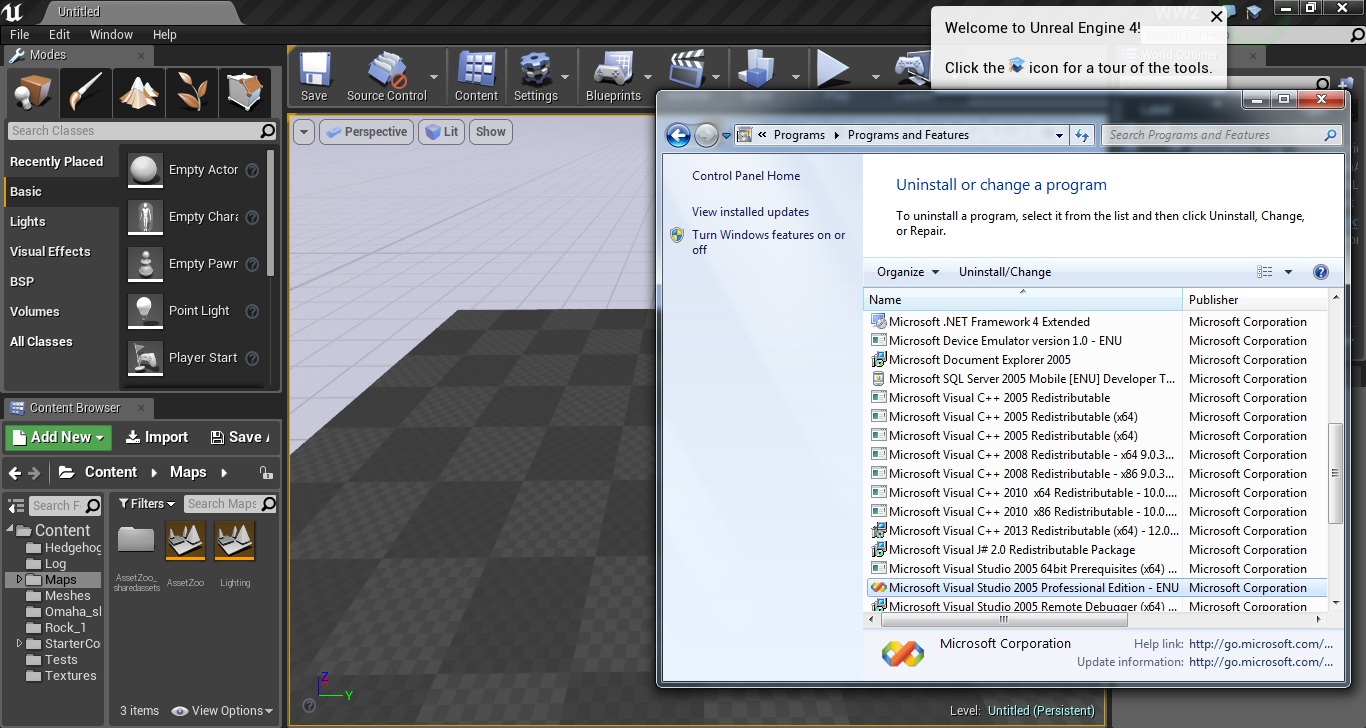 I don’t understand why not just get VS 2013 community edition when it’s free?
why are you using an ancient version of the IDE when that can cause you trouble in the future?

^ Without it I get a compiler not found error. But it’s fine with 2005 like always.

Engine works without any MS studio, however it won’t work without additional libraries. Of course you could install them with 2005 studio, but it is an overkill

Usually the application makes sure during installation the VC++ redist is being installed. Chances are most of the people already have it installed

I don’t understand why not just get VS 2013 community edition when it’s free?
why are you using an ancient version of the IDE when that can cause you trouble in the future?

Because of slow internet. And the presence of the 2005 disc, and the fact it works.

@zeOrb, I installed it with only “Language Tools” checked and not the rest. No problems found.

@Martin Bean, even more strange, as you mentioned many applications install VCredist stuff by themselves and I always had a bunch of them installed but still couldn’t use the engine until I installed this VS 2005. I have faith in it. :eek:

Well the thing it, it does not work. Even if you say it does. You cannot compile the engine or a game (modules) for it using VS 2005.