Inside Unreal: Performance Optimization for Environments 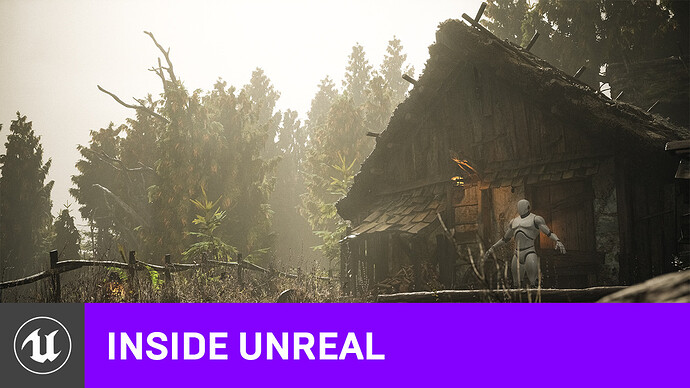 WHAT
Join us as we dive into a work-in-progress Quixel sample scene and learn tips and tricks to improve your environment’s performance. We’ll cover how to diagnose performance problems affecting your environment, how to resolve them, and how to ensure your environment is staying as performant as possible throughout production. There will be Q&A at the end of the stream, so feel free to ask any questions you might have prior to it!

Looks interesting… Can’t wait to check out… Is there going to be a sample file.

is this first time ever they made a performance environment tutorial?
btw. im looking for a inside-unreal series about photorealism, like half life alyx

Yeah I will wait and i will learn…

This is great! If possible, would you allow a couple minutes to discuss this issue but from a high quality, archviz setup for the scene? Thanks!

This is great! Just in time as I recently brought world creator!

What happened to the VOD? I was mid watching and it disappeared from Twitch.

Is the recording on Twitch? All I can see is a clip from it

What happened to the VOD? I was mid watching and it disappeared from Twitch.

Is the recording on Twitch? All I can see is a clip from it

We unfortunately had to take the Twitch VOD down, sorry bout that - The edited version is currently rendering and it’ll be up on YouTube later tonight (7gb VOD + YT Upload/Processing takes a little while).

where can I find the whole blueprint shown in the movie (from screenshots)
?

Thank you very much for this video.

Where I can found the resources, especially the village?

Dont know why but i miss everytime the interesting streams

thanks for uploading it everytime to Youtube, Unreal Team!

Would be nice to see a in depth stream about Multiplayer/Network Replication. Their are talks already but all are very basic.
To have multiplayer scenes like paragon, with lots of AI enemies which shoot moving particles, Player who are moving + shoot particles, + some physic assets moving through the screen impacted by impulse of guns. Would be cool to see some example concepts here to get it not stuttering on clients and still have “similar” object movement on server and clients. Especially when projectile are not only visual purpose, but also do the hit. And moving physics like barrels could be used as cover, so position on server and clients have to be very nearly the same. And all work on average latency (like average latency settings in UE4 on play in Editor).

The Advance Niagra Link still forward to this article.

Matt (or someone else?) can explain how to get trace file with the command option he used? “trace start gpu”
Matt is showing it in this ue4 inside live Stream: Performance Optimization for Environments | Inside Unreal - YouTube But also in this stream it was not working and he didn’t found the file and got back to the backup file. I tried the same command he uses in the video (I also have insights build and running), but do not find any trace file.
Somebody knows of any preparation needed and how to use this “trace start gpu” to start recording insights trace files? (And where they are stored?)

I found this cool page, https://www.ue4community.wiki/profil…ights-ilad24y4
But also this only shows way to record from beginning per command line option when build or startup. But nothing about using “trace start gpu” “trace stop” from command line in editor (or bp command line).