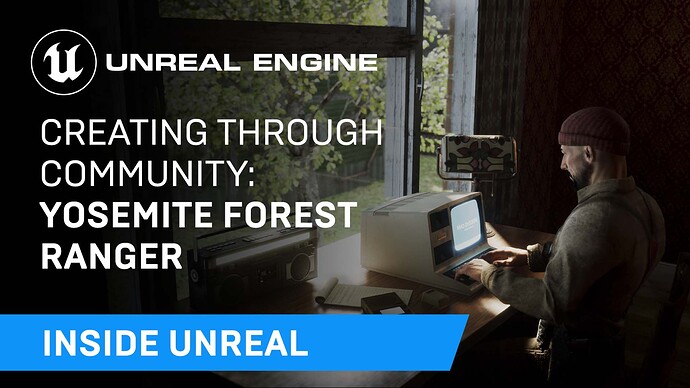 WHAT
One thing that shines particularly bright within the Unreal Engine community is the collaborative spirit that drives projects forward. This weeks show is a perfect example of that. We’ll have on some of the team of the early-access game Yosemite Forest Ranger - where we’ll discuss the unique story of it’s creation & development, as well as its decisive narrative gameplay.

Want to connect with the team? Discord

So excited! Thank you for having us! <3