Okay… I’m not sure why this doesn’t work, and it’s probably something really stupid that I’m overlooking.
I am trying to make a door that displays text as I walk up to it, and then I press E and it opens. However, if it is already open, I want to press E and have it close.
The only problem is… When I press E, it doesn’t do anything.
However, the reason I know that it’s an input problem, is because… well…
Let me show my blueprints. 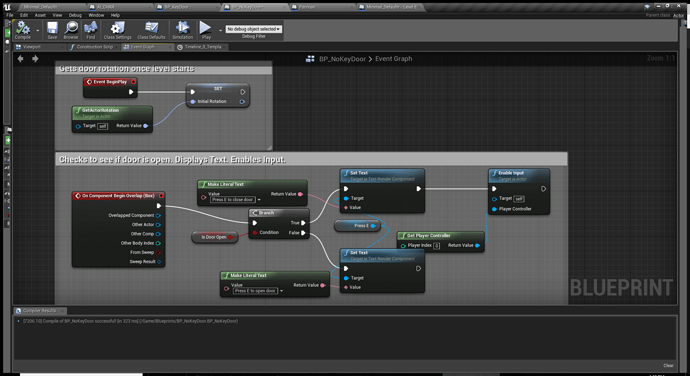 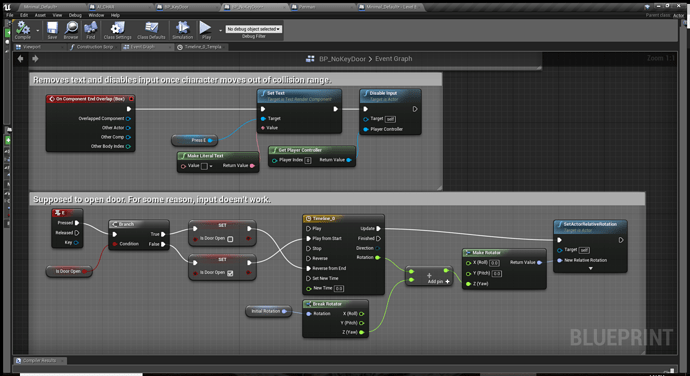 The second screenshot shows what happens on the end overlap. It basically makes the text nonexistant and then disables the input so I can’t affect the door anymore.

Then there is the section about pressing E. It checks to see if my pawn is overlapping the collision box around the door. If I am it checks to see if the door is open. If it is not, then it should go through the animation to open it.

Now… the reason I know it’s an input problem. I can take the “on component begin overlap” node, and use it in place of the E node, and it will auto open as I get close, and auto close when I go near it again. For some reason, Pressing E doesn’t activate it though and I have no idea why.

When I Enable Input on Begin Play, it makes it so the door can be opened no matter where I’m standing in the world. The reason I have it set to enable input on begin overlap, is so I have to be in range of the door to open it.

Enable Input on Begin Play. Now you have conflict - when door is closed - you can’t open it.

You should do another check. Just Press E is enable when begin overlap, disable when end overlap but input should be enable from Begin Play. I have now editor closed, but it should help, I can check it later in ue.

okay I got it. I moved my enable input node to the EventBeginPlay node, and then added a “Is Overlapping Actor” node when E is pressed. So it looks like this now: 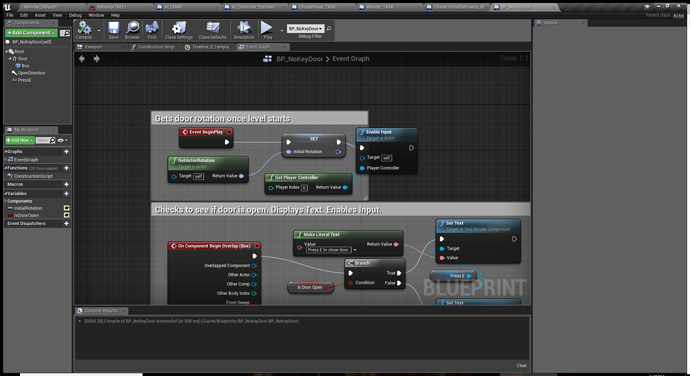 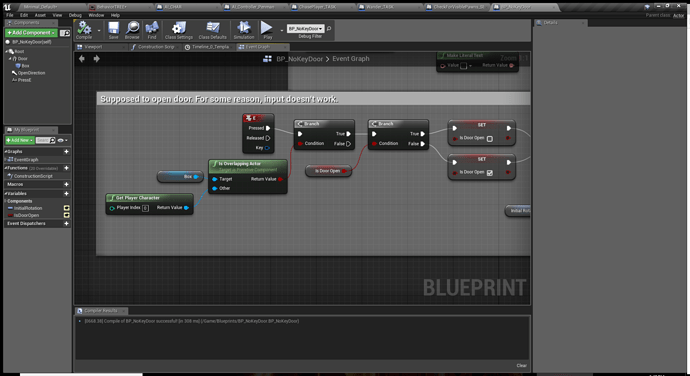 And now it works. Thanks for the Help Vaheva!

It’s why I said - you should do another check what will be enable E action only when player is inside trigger.