I can’t edit the subject line I guess, but this is a VR demo built for Oculus DK2.

Today I took one of the levels of InFlux that I revamped for the UE4 Marketplace and, using Teddy’s rollercoaster plugin, added a rollercoaster. Here it is, yo.
It’s basically the same exact thing as the UE4 Rift Coaster you’ve probs all played except it’s in some cool lava-filled caves. It might have higher system requirements, not sure.

A video would be nice!

Awesome work JoeWintergreen! I just downloaded the project and finished a quick ride through and it looks fantastic. Keep up the great work!

Couple of suggestions though that felt a bit jarring:

Overall you’ve got a fun little demo here! Being able to look around would be great for VR. The FPS is really solid too!

Haha. I guess it wasn’t clear but this is a VR demo. You can look around in it in VR, there’s just no mouse look. The drops are slower than you might expect when you’re just watching it on a screen. 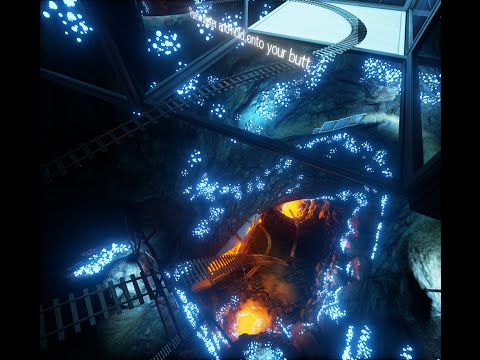