I created this blueprint to make a block move up and down, I’m just trying to get it to move down at the moment though, but it thinks it’s an infinite loop when it isn’t? Does anyone know what’s going on? 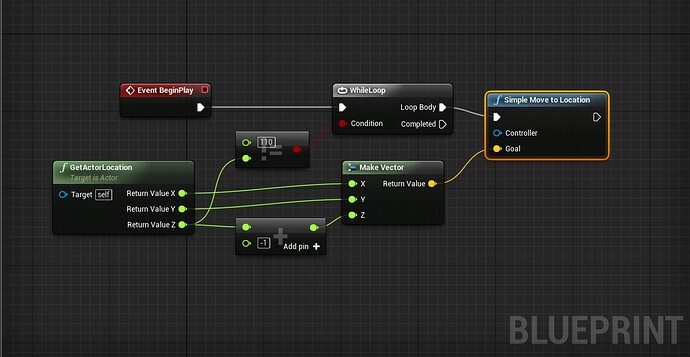 It is an infinite loop, and there are several problems:

Thank you, that tutorial was really helpful