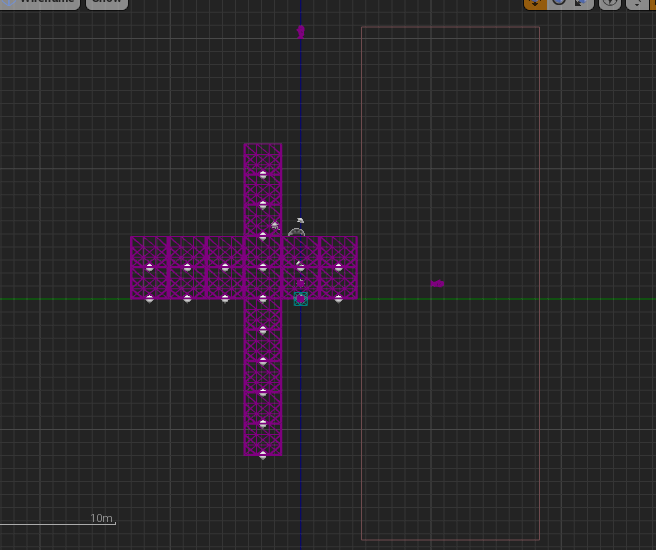 The collision volume is moved using a Slider in a UMG widget, which passes the float to the player controller:

Which then redirects to the pawn containing the volume:

The pawn then uses a lerp to update the volume’s position:

The last piece of the puzzle is the room itself, that has the overlap events in it: 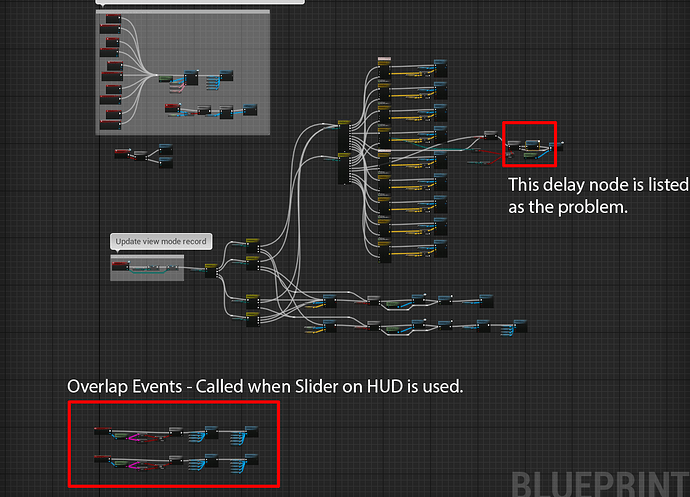 I’ve found that this error can sometimes occur incorrectly when the engine reaches 1,000,000 loops, but there isn’t any loops at all in this sequence so I’m all out of ideas as to what has caused it. Any help would be massively helpful as this really is a game-changer (no pun intended).

maybe try having something like begin overlap → disable collision → delay → enable collision. or maybe just put a delay after your end overlap and before the enable collision. in either case a delay would greatly reduce the times that the script is looped which would get rid of the error and crash.

course this is just a theoretical idea.

I never even considered the ‘end overlap’ event firing when the collision is turned off, sounds feasible, I’ll try another way of doing it, see if that fixes it. Thanks!

If you want to drop it in the answers I’ll mark it as correct so you get the credit.