To any developers who have created mobile games with in-game ads: is this a viable source of income? Or is it just a joke? When it comes time to get the mobile version of my game ready, should I bother with in-game advertising, or just make it a paid game right off the bat? 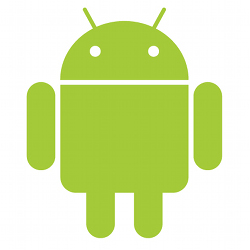 For mobile app developers, the most reliable way to make a living has been, well, selling them. There are plenty experimenting with in-app advertising, but there haven't been any run-away successes so far. But one of the most popular apps of all...

A ton of games use ads to make money because people are more likely to download an app that’s free even if it has ads.
Plus, unlike internet browsers, you can’t block the ads.

I had a simple game release countdown on the Google Play Store 1.5/2 years ago for an upcoming game release. I published the app on the app store I believe 6 months before release. By the time the game was released, I was collecting $35/day in ad-revenue (Through Admob). While I don’t remember the exact figures (The account has since been suspended

), I think I had something like 140k total installs , and maybe 70k current installs. A journey to say the least, and while I certainly wasn’t expecting to earn that much money from an app that took me an hour to make, I did. Now, is as many installs as I had viable? I’ll let you decide, but if I were to start publishing apps again, I would have to go with paid.

Regarding Adblock, it is very much a thing on Android devices, less so on Apple-made products.

Hosts file blocking and stopping traffic at the **router **level is also popular. In businesses or homes its a lot easier than having to configure every single device and every single browser. It also gets around questionable Adblock whitelisting or Adblock accepting backhanders from certain Ad-slingers.

But overall this is a pretty interesting development: Three becomes the first mobile carrier in Europe to block ads… We’ll have to see where this goes and if anyone follows…