Hello there, I have known and actually practiced with unreal engine for about a year now, and I have started to enter more complicated areas. I have recently been giving a lot of thought to this question.

Is it possible to make animations that are not completely pre-baked, but which use character IK? Especially for weapons. For example, if anyone has played ground branch, which was made with ue4, you will know that you can place foregrips at any length along the handguard, and the hand will automatically sync to it. Or, for example, in Escape from Tarkov (which I know was made in unity, but there has to be some similar logic to it) the characters hands dynamically sync to an almost infinite amount of weapon mod combinations. (Or for example, when walking up towards a wall, your weapon will actually be pushed closer towards you in a true first person game, but the reload animations still stay smooth, even though they don’t follow the normal path!). Is there some logic behind this? Inverse kinematics? Or do I have to brute force all of it and just make hundreds of different animation combinations for all the possible weapon attachment combos? Any resources I could be directed to? (Also it would be better if I could animate this in blender, I already tried to use ue5 control rig but it only allows you to create level sequences, not actual animations that you can use on command). I know I am asking for a lot here, but is there any thing that could help me to better understand how all of this is done? Thank you sooo much.

Hey there @SlowChroma! Sounds like you want to take a look into handling the hand IKs. I’ve got a couple of tutorials on that exact topic with first person shooters being the specific use case along with the official documentation that goes over how to use it as well. Hope this helps!

Disclaimer: Epic Games is not liable for anything that may occur outside of this Unreal Engine domain. Please exercise your best judgment when following links outside of the forums. 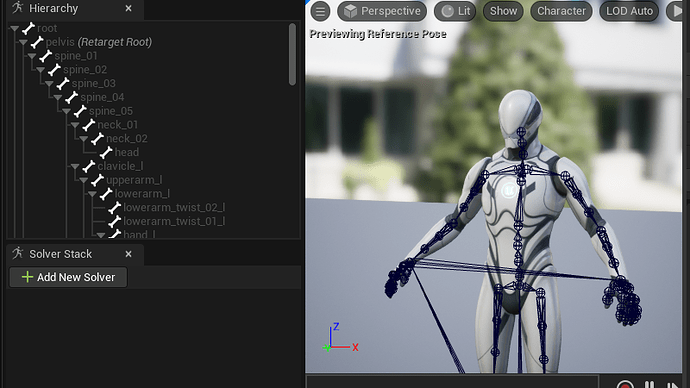 THANK YOU SOO MUCH, YOU ARE A LIFE SAVER! Much appreciated!