Impostor Syndrome - Blend in with the crowd and shoot your friends.

Hey everyone! I’ve finished the prototype for Stubborn Horse’s next game, Impostor Syndrome, and I’m starting some public playtesting this weekend. Blend in with the crowd, avoid the cops, and shoot your friends. Or me!

Impostor Syndrome’s server browser uses the Steam friends list, so you can start up some games with your friends.
I’ll also be doing frequent playtesting over the next couple of weeks, so if you want to jump in for some games send me a message! The first public tests will start this weekend. 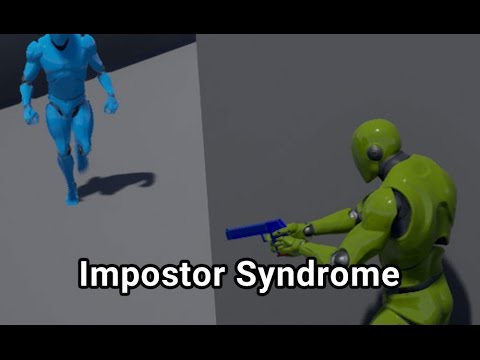 Thank you to everyone who came to the playtest sessions! I’ve been working on the next build, which includes:

The player will be able to select between two randomly assigned characters. Since the gameplay involves not knowing who the other players are, I don’t want anyone to be able to get information from the character selections. Each character will only appear once in any match, so if a character wasn’t selectable you’d know another player had chosen that one. At the same time I didn’t want to give the player NO choice, so two random options will be available at the start of every match. The one the player doesn’t choose won’t be in the match unless the player uses the Change of Clothes (explained below).

Right now it’s just a difference in color, but once the full characters are in there will be customization options for clothes and hats etc.

I’ve been working on Map Vote, so naturally I need more maps for that heheh. I’m also trying out different arrangements for the cops and vertical/multifloor gameplay to see what works and what doesn’t. I’ve been looking at a few art packs to make the levels not so bare, and I’ll be picking them up here in the next few weeks. For now the levels will still be whitebox.

You’ll also be able to choose between different guns. I’m still working out the details of that, I don’t know what if anything will be different or if it will be mostly visual/audio. They might have a different sound radius or firing speed, something like that.

Here are the mockups for the pre-game and post-game lobbies. These are mostly done, but the Item Selection section won’t be in until the Support Items are in.

The next build will be up soon, so once again PM or email me if you’d like to join in!