I’ve seen a few other people having similar issues but wasn’t able to find a lot of information specific to R15 which uses the FBX 2013.3 format. This should be compatible with Unreal 4’s fbx format. I keep having issues saying that “The imported scene has no initial binding position (Bind Pose) for the skin.” I also keep getting the "Warning: No smoothing group information was found in this FBX scene. Please make sure to enable the ‘Export Smoothing Groups’ option in the FBX Exporter plugin before exporting the file. Problem is, I don’t have that option in my Cinema 4D fbx export options. I’m also pretty sure I’ve set the initial binding pose in Cinema. But none of this seems to be coming over.

I went looking around the web, found out that Smoothing Groups are are the same as the Phong tag in Cinema, I also found elsewhere a table of acceptable phone angles that a user suggested the prior version of UDK played nicely with. Here is what I found, http://www.reddit.com/r/Cinema4D/comments/1qj0ri/cinema_4d_to_unreal_engine_3_tips_tricks/

I’m just not having any luck here getting a simple test animation over into Unity. I’ll post screenshots of my dialogue screens below. Thanks in advance. 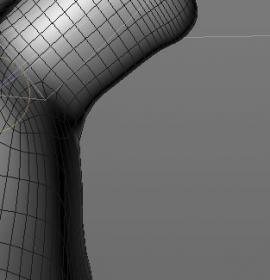 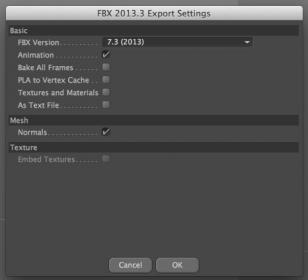 Could you send some more screenshots or even post a model? (Specifically can you show the weight map manager and a screen with the weight maps visible)?

I have so far had no problems with my C4D to Unreal exports. I suspect something is up with the weighting there in the armpit. The Bind Pose thing is pretty common and just a warning.

Hey sorry for the super-delayed reply, I’ve been tied up with work. Here is a post of my weights in C4D, you have me thinking maybe the problem is perhaps not having weights on port of this test model? 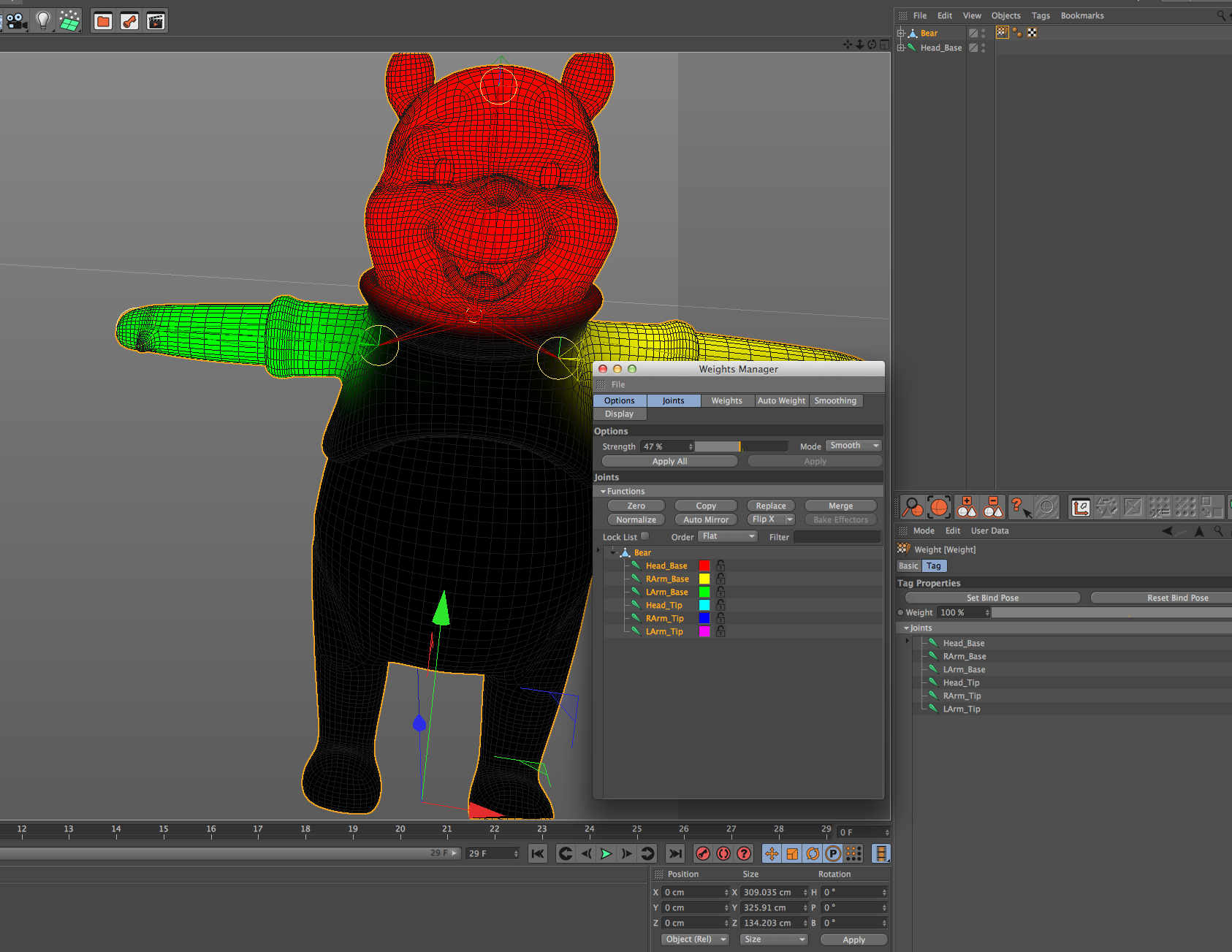 Here is a link to the files I was testing with to get some simple skeletal animation in Unreal.
https://www.dropbox.com/s/wan44j1pt1yp6vw/3D%20Import%20Testing.zip

If you have any further ideas that would be awesome!

Yeah what momatic said, even - does not necessarily have to be called root as far as I know all my rigs start with hips but you need something to skin the other verts too. What will happen in the import is the unweighted verts will be skinned to the first joint which is why they are moving in UE when the arm moves. (Nice model BTW)