Imported 3d models are invisible from the back

I am new to 3d models and unreal engine, so I am not sure, if the issue I am going to explain is just normal behavior or if it is a bug or a setting that needs to be adjusted.
I tried importing a few 3d models, from quixel bridge and also from external websites all of them are showing the same issue. When I look at a 3d model from the front, everything is fine, but the backsite is always transparent.

Could anybody who is experienced with 3d models/unreal engine explain this to me or show me a fix? 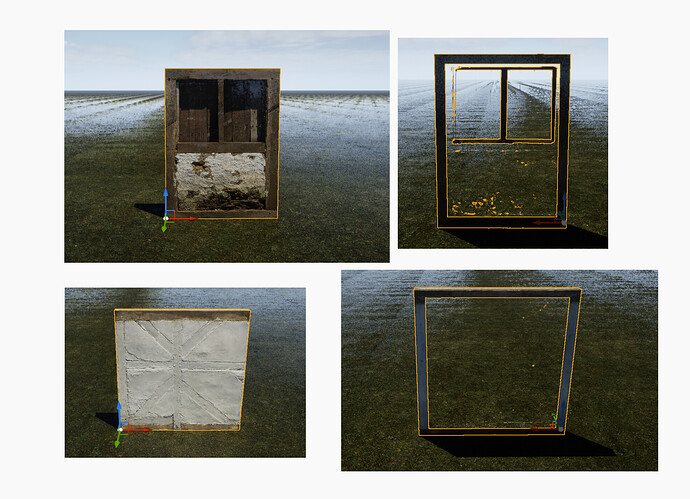 That’s correct, in 3D software the polygons have a direction that they’re facing (“normals”) and by default the engine will only show faces in the direction they are facing for performance reasons. For those assets they are meant to be placed on the outside of a building so the back sides are not modeled.
Materials can be adjusted to render as two-sided but again, those assets aren’t meant to be viewed from the back.

Thank you very much for the clarification.
Now I know that quixel bridge models are not meant to be viewed from the back. But what about models that I imported from external websites? I imported a 3d model of a house which was shown as rendered two-sided on a screenshot on the website, but was only rendered one-sided in ue5. 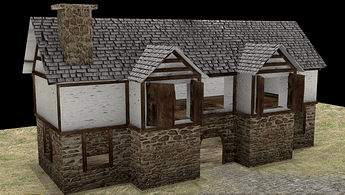 Edit:
I found the solution. It was a setting in the material named “Two sided”.

When people model some interiors there’s an inclination to make walls with only one side, when in reality the walls have thickness and there should be a surface on the inside and the outside, you can see there in the model they just didn’t model a proper interior.

You should avoid using the two-sided option in the material, if you need an interior it should be modeled. Two-sided is more suited for things like plant leaves or other thin objects.

Alright, thanks again. Since this is only a testing environment at the moment, the two-sided option probably won’t be too big of a problem. But when I’m going to intend creating a game or something else that will be used/viewed by others, I will implement 3d models with proper interior.