I am importing a complex Solidworks2018 assembly with several levels of subassemblies with the Datasmith CAD importer.

After importing I found that imported parts generates several static meshes although there is only one file for this part in Solidworks. The parts are used in many different subassemblies of the imported file, but the number of generated meshes don’t match with the number of subassemblies.

Anybody knows this issue? Any idea, how to avoid this behavior? 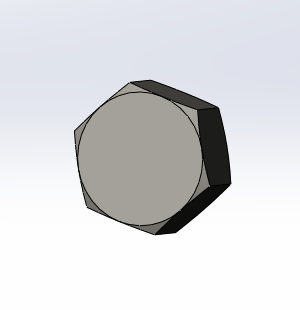 Which version of the engine are you using?
I most likely come from the way your model is created combined with the type of stitching method you are using on import.

Did you try Stitching “None” or “Heal”?

Thanks for your interest. I am using the 4.26.2 and default settings: 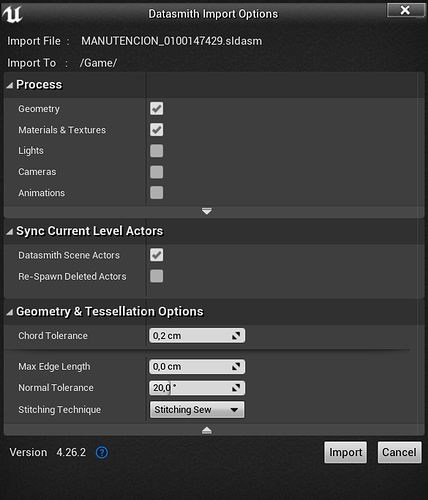 Any proposals where to start?
Un saludo,
Wolfgang

I did try with both types of “Stitching Technique”, but the result is the same.

Hello wgiesel do you mind sharing this little model with us?
You can contact me privately for that.