Here is the blend space showing the animations:

Here is the anim blueprint which uses the velocity to choose what animation to play: 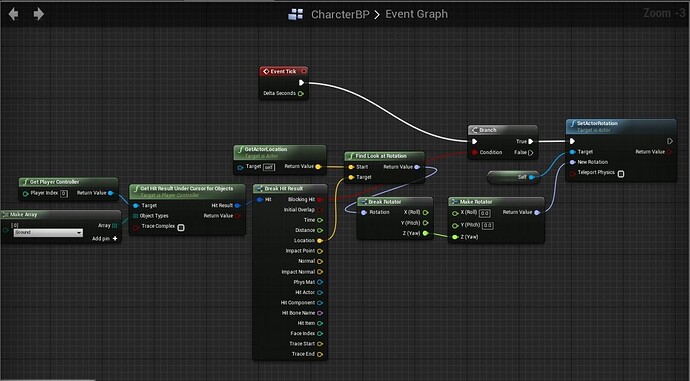 What I think the problem is, is that the logic in the anim blueprint ignores the look rotation set in the character blueprint… But im not 100% sure.

Does anyone have any idea how I can get around this?