Image not appearing on the asset selector

I’m trying to save an image for every NPC I have, to use it on a further dialogue interface.
But when I create an “Image” variable in the NPC blueprint I cant set that variable as anything, the images I have in my content browers doen’t work, I’ve tryed with JPG’s, PNG’s and PSD’s noone works 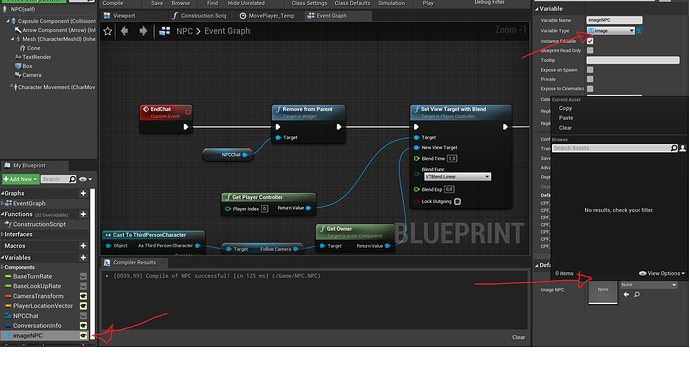 Setting the “Image” variable as Instance Editable won’t work either 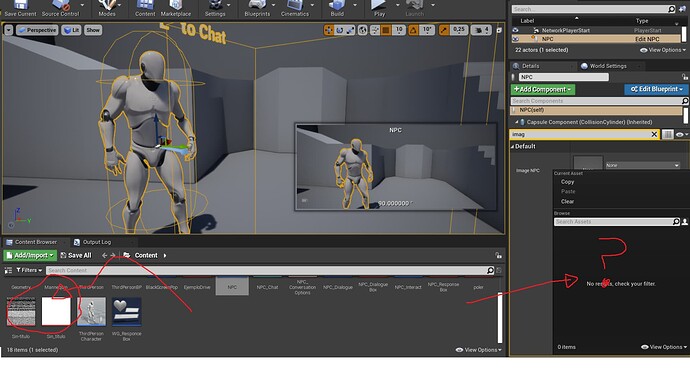 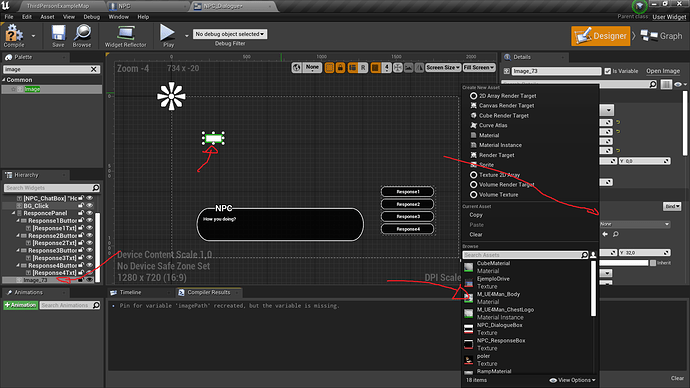 But I can’t use this method cause every NPC will have a different image to show
What am I doing wrong? Thanks in advance.

The “Image” Type is not for the actual Images (png, jpg, tga…etc)… it is for the WIDGET tyxpe “Image” ^^

For all actual Images, you need the Texture2D Type.

Just as hint for those, not knowing what the Image type is used for.

Actually, I’m still having trouble, now that I’ve come along with how to save the image in the NPC (with a 2dTexture), i can’t pass it into the widget.
I created a blank Image Component, but when I reference it in the graph (of the widget) I select the NPCReference, get the image from it (which is a 2dTexture) but cant link it with the setImage (from the widget) cause I’m trying to link 2dTexture type with Image type, all I found as solution comes through the “brush” but I think I don’t really understand what that is, because I can’t make it work.

you need to set the Brush of the Image and use this Node for the Texture:
MakeBrushFromTexture