I'm using Root Motion, and I want to be able to rotation my character based off of where the camera is facing. How?

1.) As previously stated, I’m using root motion. This is important because the answers that solve similar questions like this one answer it using some sort of velocity mechanic.

3.) I’m aware that I need to use the camera’s forward vector, but, after breaking it, I don’t know how to mix it with the axis values of my movement inputs. The examples that I’ve seen use a velocity mechanic and send the info into a “Add Movement Input” node, which is something I can not do (at least to the best of my knowledge).

4.) My Blueprint is very simple so far. It’s just the moveforward input’s axis value setting a float. Here’s a pic 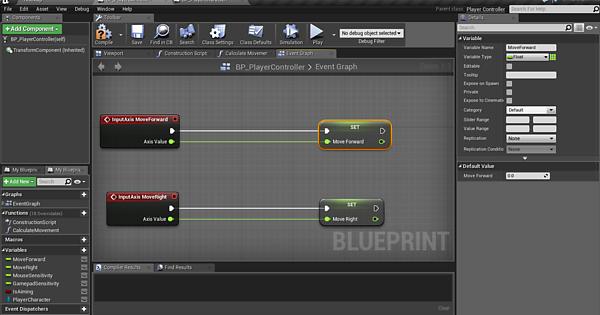