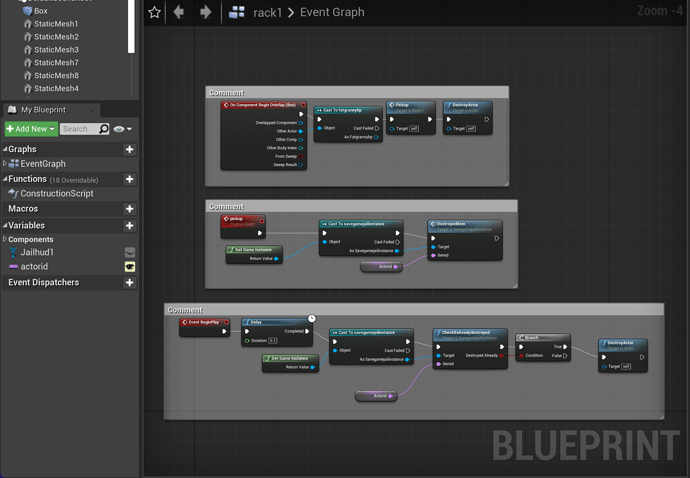 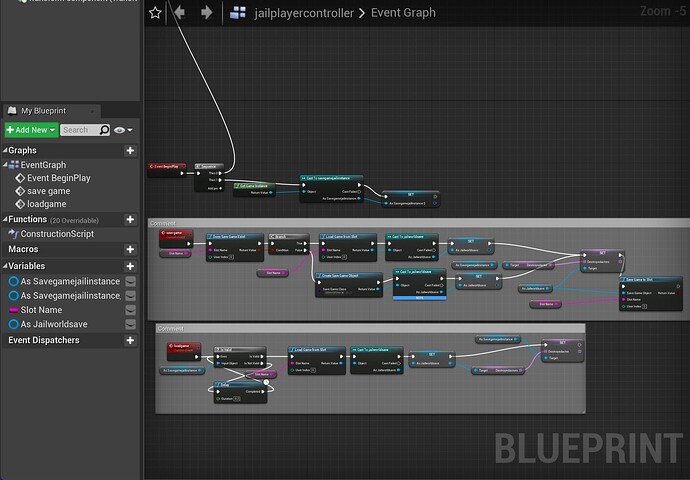 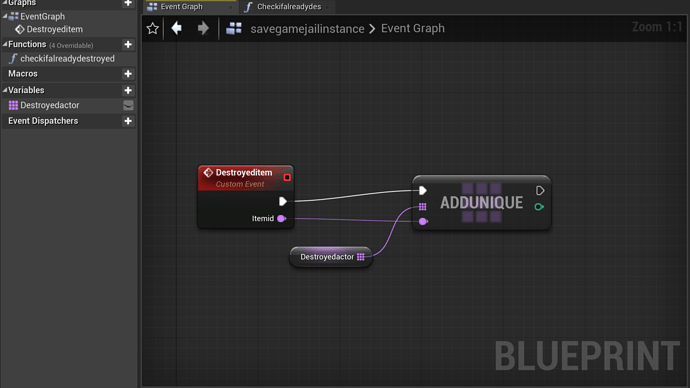 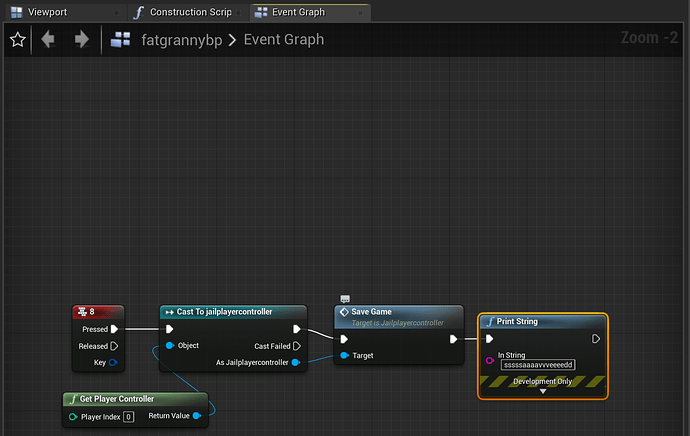 where are you loading the save game when the game starts?

my bad Im loading it in the level blueprint. 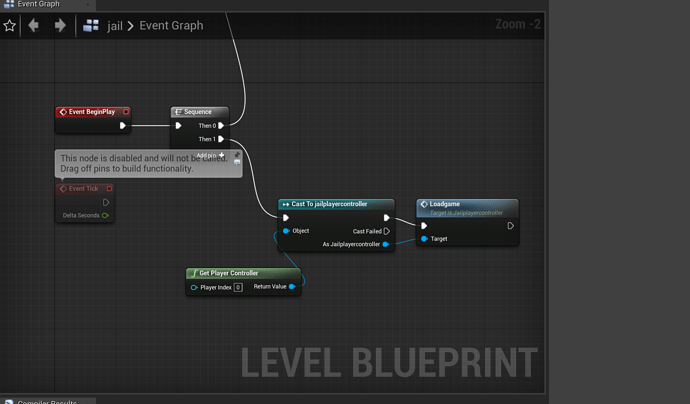 so is working now?

No I have no idea why

tried to print the contents of the array when loading to make sure save is working?

nothing seems to be off

From your bluprints it looks like you don’t destroy saved actors after you load game (you have to destroy them again on every game load). So if after load game do I get a reference from that actor in the world level bp then destroy actor?

Did a quick test in hope it might help. The tricky part of this is to get a fixed ID per actor instance that’s automatically generated and persistent between Play sessions.

There is a video that implements this on the official Unreal Engine channel but couldn’t find it. In this video it was used to save a random seed so Constructor wouldnt change a random generated forest.

thanks for everyones support