I'm getting OCD about node alignments

Ugh… I know it doesn’t matter and I know it’s a complete waste of time, but I’m starting to get very obsessive about making sure my blueprint nodes are not only perfectly aligned with each other, but that they also align with the grid, including when you zoom in and out. When I see a node which has an execution pin which is out of horizontal alignment with nearby nodes, even though they’re vertically aligned perfectly, I feel anxious and irritated. It’s not perfectly aligned! GRRR! I am realizing that I’m a control freak who cares as much about aesthetic cleanliness as I do about functional cleanliness and simplicity… maintenance programmers probably love me. Maybe I should go back to writing code instead of blueprints. Then I can just worry about indenting, white spaces and well formatted comments…

Also, the auto align feature in the editor just messes everything up in terms of ‘proper alignment’.

Nah you’re not alone bro, I have the same problem

Alignment Does Matter! It impacts troubleshooting, presentation, etc. My issue is with BP Connectors. The default Curve Type, promotes *visual *spaghetti. Thank goodness for Reroutes. Other features to minimize GRRRs: No Grid, No Snapping, Spline Handles for Curves/Reroute Points. I work with Powerpoint & Open Office Impress often so, I would like to see other Node Connector Types: Straight (and possibly Elbows.) Elbows and Line types could achieved with Reroutes and Straight Connectors:

It’d also be nice if there was a way to highlight a chunk of nodes have have it automatically clean up the spacing and ordering.

My biggest OCD issue is setting multiple values at beginning of function. That connecting snake is usually reason i never open those functions again.
Would be really nice if we just could mark input (and output) parameters of functions as local variables that are set when entering function.
I also love SEQUENCE node, however if it could be vertically stretched my OCD would rest for a bit.

I’m the same way haha. If I even see one wire crossed, I try to go out of my way to make sure nothing is crossed if it’s at all possible. I too align them to the grid as well.

Whenever I come across a YouTube video or image of a blueprint in which the wires become a maze to follow (or spaghetti-mode), I just want to rage LOL

I’m sick, too. lol
I always want perfect lines/graphs in game engine or on papers etc.

I feel your pain, it still hurts that not all pins of the nodes used with variables are horizontally aligned lol.

@TechLord: You can get straight lines if you set the values for ‘Forward Spline Tangent’ to zero. You can find in the editor preferences under ‘Graph Editors’. 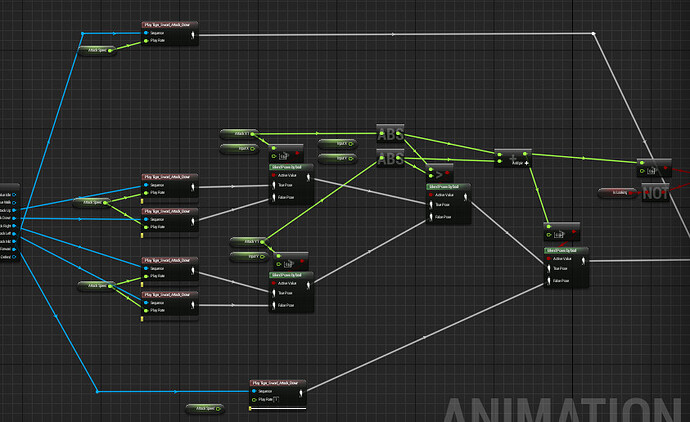 Other line options would be neat. My biggest OCD issue is when a variable does not align properly with another node input.

For variables, if only we could reference variables directly in blueprint nodes.
For eg. you want to feed some variable to node, click that Green pin and from dropdown select which variable goes there.
When you want set some variable, add its reference to output pin in some node.

This could also solve timers, sockets and all other stuff referenced by text names.
Also when abused it could only have some execution flow lines (exec pins) all other stuff could be put into variables.

We have this functionality for picking classes (for eg spwan actor of class, or get all actors of class).

@TechLord: You can get straight lines if you set the values for ‘Forward Spline Tangent’ to zero. You can find in the editor preferences under ‘Graph Editors’.

Other line options would be neat. My biggest OCD issue is when a variable does not align properly with another node input.

Hello MrRabbit, Thank you. This can be be useful, however, the Editor Preference effect all Graphs:( I desire the ability to choose connectors types individually and settings should be in the Blueprint itself for portability, not Editor Preferences.

Here, I am zoomed out to the maximum, at -12. My nodes MUST line up with the largest alignment grid!

Here, I zoom in to -4 and the alignment grid doubles in resolution. My nodes still need to align with this grid as well!

Here, I have decided to create MACROS so that I hide visual clutter and don’t have criss-crossed lines

Oh yeah, and this part is ridiculous: I know that the internal implementation for processing movement input verifies that the movement amount is non-zero before going forward, but I check for it as well because I just don’t want my event dispatchers to even fire if there’s nothing valid to process. If I put in a breakpoint on a movement node, I want to be sure that I’m getting a valid movement command (these input events are just like the Tick function: they run every frame, whether there’s input or not.) 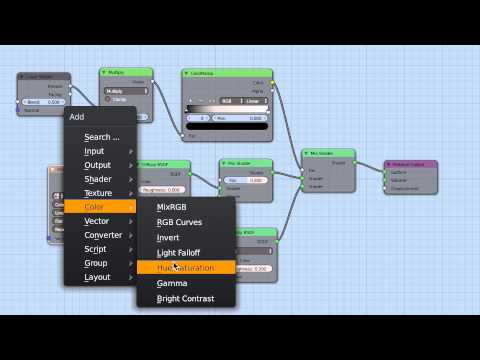