I imported custom character mesh directly on Mannequin skeleton since we were developing the game using the default mannequin for a while already and I am able to make all animations work good on normal bones but not ik bones.

Ik bones look in right position in skeleton view for all meshes under the mannequin skeleton, but once in animation, the ik_hand_l and ik_hand_r are off position. 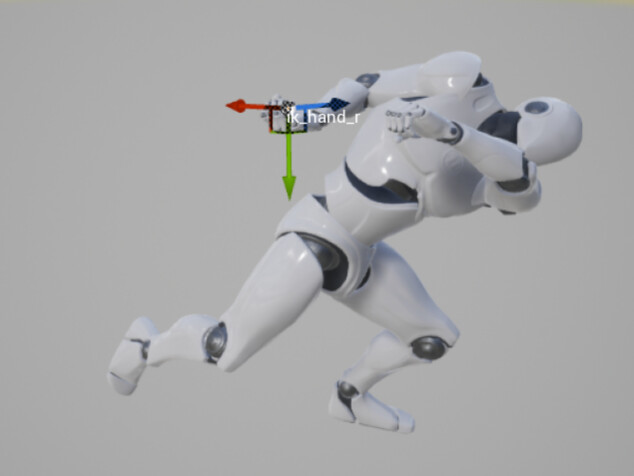 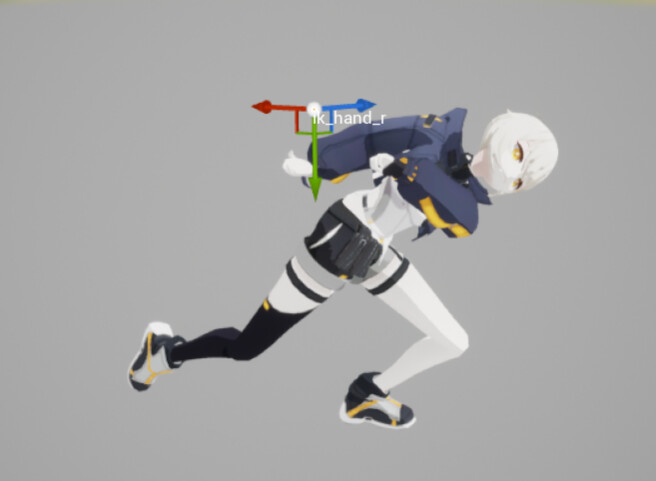 I have tried all retarget options for ik bones but none of those solve the problem.

Does anyone have any idea on solving this?

Ik bones do not retarget well.
You can’t do it that way.

Just add a copy bone node to move the IK bone to the hand in the ABP.

If you animated the IK bones you need to change the animations themselves for the new skeletal mesh to work right.

You can always attempt to retarget the Ik bones too. Results aren’t always horrible.

Ik bone looks like in the correct position when in A-pose but just not in animation, so it looks like the offset is not even consistent. How do I add a new bone node to predict its offset during animation? 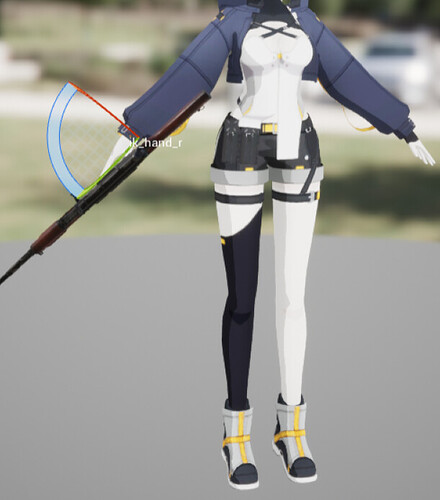 You can’t predict.
The offset happens because the IK chain doesn’t retarget properly.

First try to set the retarget setting for the bone to various options and see if any of them bring the pose you are interested in to work.

Also make sure the bone is retargeted. You could have forgotten to set the IK setting in the rig definition.