Hey everyone! Wanted to show off our game project, Igneos: The Last Phoenix. We originally created ‘The Last Phoenix’ as a prototype back in 2012, built in UDK. We put this on Steam Greenlight and managed to get accepted for publishing, but now we’re in the process of running a Kickstarter, with the majority of funds dedicated to rebuilding our game using the Unreal 4 engine.

Igneos: The Last Phoenix is an aerial combat adventure game that combines open-world combat and discovery with Zelda-style dungeon exploration and problem-solving.

**Aerial Melee Combat **- Battle against aerial menaces like Crows and the vile Carrion, or strike from the skies against Reavers - armored husks that hunt your every move.

**Born from Ashes - **Unleash the powers of fire, scorch enemies and burn away the decay that has consumed the world as you fly.

Lost World - Explore the landscape and discover relics of the past at every turn. The highly detailed environment makes for exciting discovery and creates a world bursting with narrative history at every turn.

Join Pharos, the last remaining fire-bird as it awakens to discover a once-vibrant world covered in ash and frost. Soar through mysterious environments to uncover the past and find a way to save the dying planet before it shatters apart. Utilize the power of flight and fire to defeat the vicious Carrion, shadowy vultures who swept in across the sea.

Kickstarter: We’re also running a Kickstarter campaign over the next month. You can check it out here. 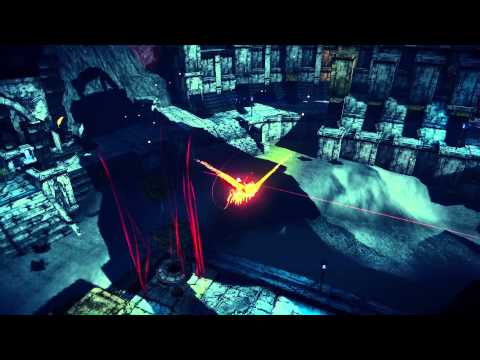