I’m Luke and with my friend we are working on Unreal Engine 4 a toolset/plugin for creating different types of strategy games. Code for it is created in c++ to get best performance.

We both love RTS/Citi builder and tycoon games and before starting our own we were checking market for tools to simplify our development – sadly we have not found any.

This triggered an idea if we could create such toolset for RTS, city Builder and tycoon game during work on our own game. We think this could be a great addition to game developers community as it could allow more people to develop games.

Developers will be able to find following items in this toolset:

All of this can be customized so you can add different flavors to your game or you would be able to modify AI or building logic so its completely custom.

This plugin will be integrated with Unreal Editor so you can just get house asset and define it roles.

Idea is that anyone using this plugin can build RTS, city builder, tycoon game in Unreal Editor without a need of writing a code.

I’m wondering if you guys will be interested in this kind of technology and if you would see it helpful.
We would love to get your opinion on our idea, and also to have discussion about it.

From our side - we work on technology demo for this plugin by creating our game named: Raise Your Civilization. If you would like to track progress you can observe our game twitter:

Looking for your feedback and discussion

We have recorded a small demo of this technology. Just to show you how design progress of game would look like with this kind of plugin. In demo we are working in some places with json files, but it is just to show you internal data model.

For parts like building setup, resource definition, item definition we have integration parts ready with UE4 (similar to one used at the start of this demo).

In demo we have just set few location points in the building and whole system on test map combined it with other building definition to generate action flow.

The same system is working for other types of strategy games (RTS) – you just use different AI flavor. 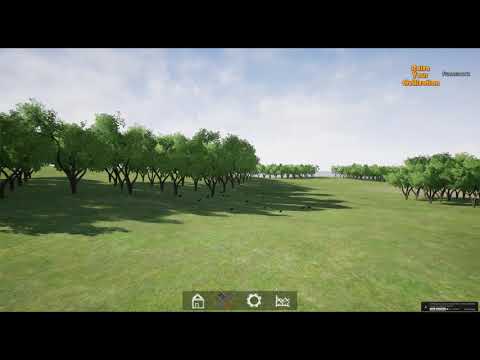 For me as a player, there are three components every RTS game should have, if you don’t mind:

Basically all RTS need them.

Thanks for great ideas

We plan to include modding by using our c++ classes, blueprints - if you upload your package to game it will have option to use your mods. As framework will have that option to include extra data files.

As per landspace/terrain we are thinking about solution similar to world machine were you can use UE4 editor go generate multiple terrain layers to get nice map - configuration of this will be exportable to game itself.

From your point using blueprints and UI terrain editing like world machine is something fine or you think its not enough flexibility ?