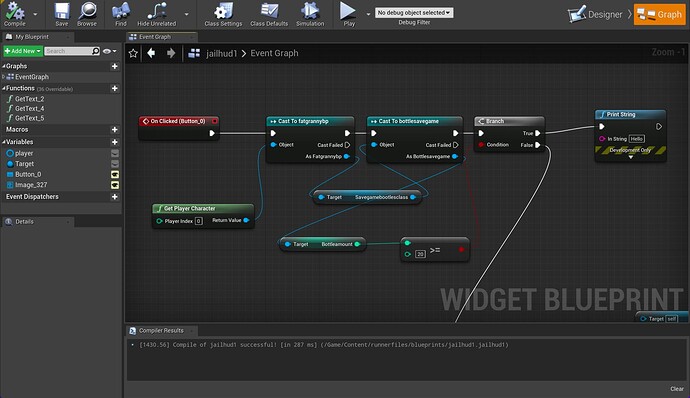 Try when opening a shop menu to get this coins variable from saved file and set it to the variable, and then perform actions (like spending) on this new variable in your menu.After performed action save this value again. 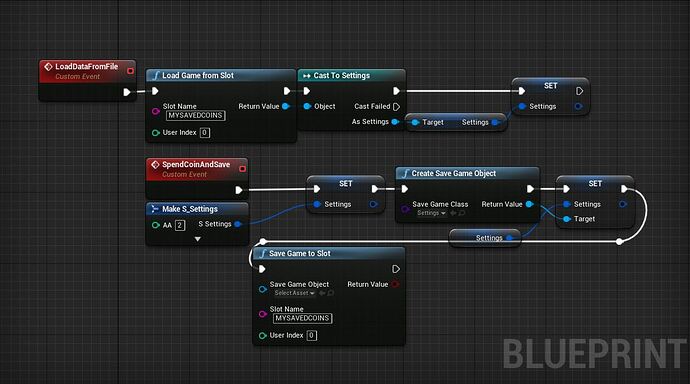 Hope it can help you

Is the settings supposed to represnt my bottlesave game bp or do I have to create an entirely new bp and if so what type? This can all take place in the widget right? And so I know u want me to set my saved game bottleamount as a new variable so Im able to use it in my widget but how do I specifically do that. I feel like it has something to do with my first question. I just need a little more guidence because Im fairly new plz.

In general, the “save” BP should only be used when saving/loading games.

So, When you collect bottles, increment some value in your PlayerState.
When you save the game, read the value out of your PlayerState, and write it in the savefile.
When you load the game, read the value from the savefile, and write it back to the PlayerState.
When the player somehow triggers a purchase screen, make sure the widget has a reference to the PlayerState, so that the purchase screen can read/write the amount of bottles.