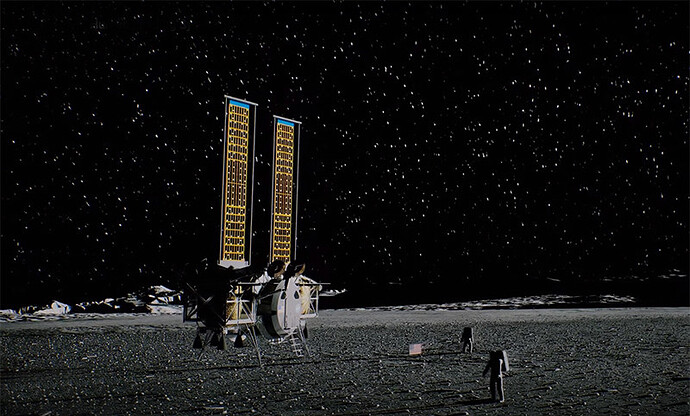 Human_Lander_Animation.jpg800×483 122 KB
[FONT=-apple-system]The Unreal Game Engine has been a real game changer for the Human Lander System (HLS) concept animation I was tasked with creating at Dynetics. Utilizing assets for the moon, earth and visual effects from the Unreal Marketplace as well as Unreal’s real-time rendering capability, our small creative team was able to stay on top of the many revisions coming from our engineering and communications departments.

[FONT=-apple-system]Congratulations to the Dynetics Human Lander System Team! Dynetics has been awarded a contract under NASA’s Artemis program to design a Human Landing System (HLS) and compete to build a system to take the first woman and next man to the lunar surface by 2024.