hello
its good to see html5 packaging from the editor on the master (4.8) branch.
however, multiplayer doesn’t seem to be working. 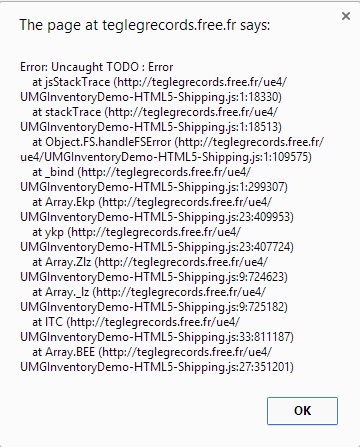 the error is from the client trying to connect over the internet.
console command from blueprints,
open mapname?listen
and
open [server ip]

is it implemented yet or do i need to mes with steam sockets or something?

The HTML5 networking path is still in the early stages and still being worked on atm so I’d expect it to be a little flaky. AFAIK it’s built on websockets which is wrapped in BSD socket api (but don’t quote me on that) so if you want to mess with it please do.

Unreal Networking for HTML5 doesn’t yet exist in main line although if you are interested in testing out a alpha version and providing a test case, please let me know.

hello sorry for the delay. yes i would be interested in that. where do i get it? thanks

https://github.com/EpicGames/UnrealEngine/commit/5a54a880bac95a7e0120bdda90c1caea5005e215 was just committed. This is still experimental. 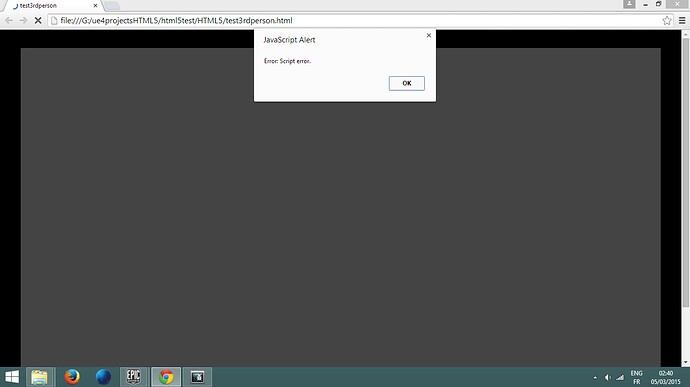 This is what I did to test in Firefox, Chrome hasn’t been tested yet.

( Currently the plugin is not enabled by default, make sure its enabled to actually use it)

when you say “edit the generated html5 file” refering to the host ip, what line is that exactly?

is there currently a way to change the host ip dynamically?
and does it have to be a dedicated server?

In google it’s the first result. Can we have any news for this question?

Any updates on this? I have a blueprint based project that would greatly benefit from out-of-the-box multiplayer entry/login through a HTML5 client… And I would also be willing to test any recent alpha/beta packages/plugins.

The dedicated development/shipping server crashes when client tries to connect to port 8889.
Firefox (47.0 64-bit) error:
“The connection to ws://149.56..:8889/ was interrupted while the page was loading.”
NOTE: The normal Win64 client network cannot/wont even initiate Websocket communications! 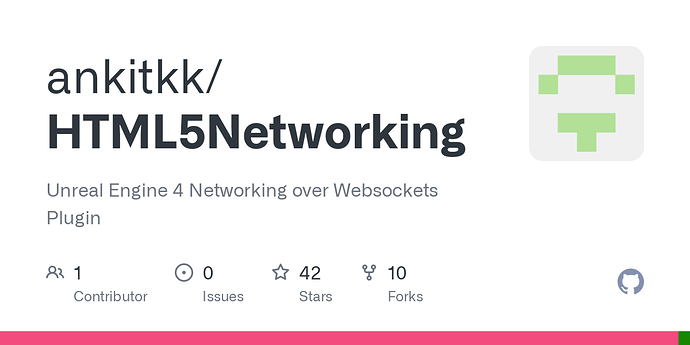 Unreal Engine 4 Networking over Websockets Plugin. Contribute to ankitkk/HTML5Networking development by creating an account on GitHub.

any news on this? I found a 2 year old github for UE4.8 that was supposed to address networking with HTML5 but it crashes UE4.12 when I try to build.

I’m using unreal 4.10.2 and trying to get the experimental HTML5 networking running in some way. I followed the instructions on the plugin’s page here and the socket networking works for Windows builds. However, I get the following error when trying...