How to use new is timer active by handle?

So I made an AI in UE4.8 and I used the is timer active with a function attached to it. Now what do i do since that no longer exists. How would I use a timer check based off of a function. Also please tell me how to do it inside of blueprint and without using C++. Here is the album link 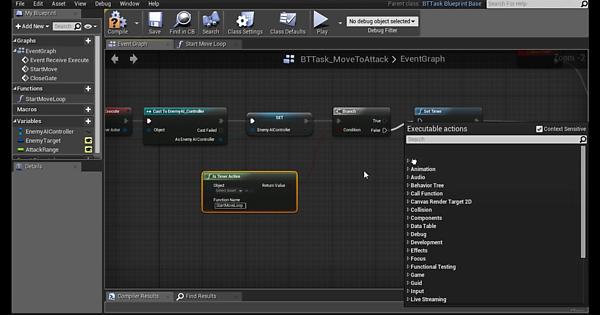 What I see from your screenshot is that you are not using the handle itself. You should set the return vale of ‘Set Timer’ to a variable that you will then use as the input of the ‘Is Timer Active’ node. You would also clear the timer the same way, just through the handle:

NOTE: You may have to check if the timer is NULL or play with the IsValid function

What type of variable would i use. I see what you mean. Is it something like this. Also this would work in the same way as the old node correct?Imgur: The magic of the Internet

Your set node is not connected in the graph, it should be connected between your timer out pin and the gates in pin, if not the variable will hold an empty value (null).

Have you been able to solve your issues?

I am doing the same tutorial, have you been able to find a solution?

The solution is to use a TimerHandle.

Not exactly, I’ll post you a screenshot once I’m back home (on my phone atm).