How to use "Delta Second" in Multiplayer

I’m trying to understand what is the correct way to use the “World Delta Second” in a Multiplayer project.

I’d like to be able to interpolate the velocity of a Character Blueprint, so I’m using a VInterp node for that, whith a the “World Delta Second” plug in the Delta Time input.

It is working great on the server side, and I have the result I was expected, however, I don’t get the same result on client side.
When I try to plug a constant value instead instead of VInterp node, and it works on both side.

In the following exemple, you can see how both characters doesn’t reach the same destination when using VInterp and World Delta Second.

How can I use interpolated Velocity on character, and expect same result on both server and client side?
Thanks in advance 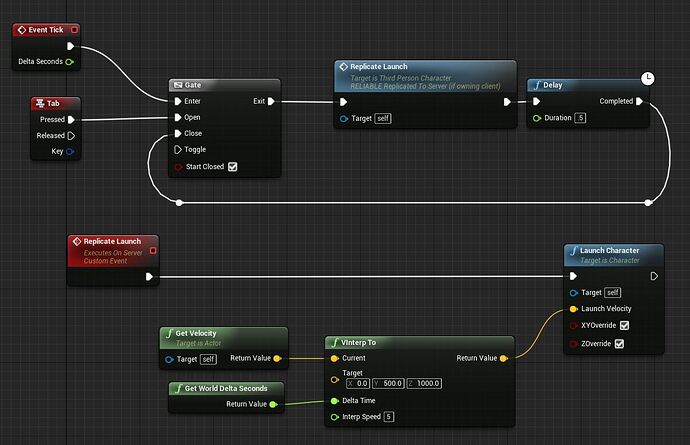 have u solved it?

A few things I can think of that might work.

Switching the launch event to multicast.

and possibly take the return value from the interp and promote that to a replicated variable, and use that to launch the character.