How to understand CPU and GPU Profiling

I am interested in learning how to use the tools in UE4 to see if my game is running well. Is there any documentation explaining what draw call, stat unit, duration in ms, etc mean and how they relate to one another. I try searching online but I don’t think I’m using the right search words because I get results based on the gamer, like how to improve framerate for gameplay. Any links will suffice. 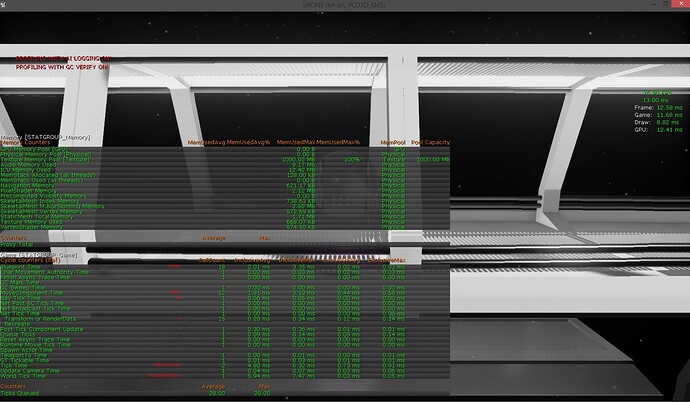 Its pretty simple, the screen you showing, shows stages of rendering single frame and assumed time in which it spend on. The more ms each step takes the more time it takes to render the frame, the less fps game will have because it takes kore time to render single frames. Each stage name is self explanatory, for example spawn actor time is time it was taken for initiating objects in current frame, world tick time is time for world opration taken, nav tick time is how much time navigation system for ai and semiautomatic system taken, blueprint time is how much executing blueprint code takes and so on and so on.

Call count is how many times stage been called.

To optimize it you need to do less to do more, you also need to gain expirance what operations are more time costy and what not and avoid using those who take more time.

But i guess documantation for each of those stages would be good to, idont know any

One more question if you don’t mind…is there a general amount of total ms that lets me know the game is running to slow? For instance, not that I am, to make a game with the graphics fidelity and complexity of Watchdogs is the game hovering around 10ms 100ms 200ms. I’m just trying to get a gauge of what is good for performance. I don’t want to overload the game with to many shadows and post process effects. Sometimes I notice an occasional brief chop.

Actually here is a link to what im working if 16ms to 25ms is good.
link text

I might try to hire a programmer to help me out later because there is a lot of things I don’t understand yet.

Thanks a million, this helps alot.

hose ms really does not matter if you jurge if something is good or not, it really depends on what fps you aiming on you target hardware,for example average PC user specs, but keep in mind you can make user play with quality settings , you don’t have this luxury on consoles, but on other hand you aiming for one specific hardware spec. If you want more fps you trying to reduce time of specific rendering stage by doing some optimization.

Speaking of shadows and post processing theres shader complexity view (iv vie menu on viewport i think), let you see if how costly material shaders are

There also advance profiler in engine, there actully documentation on that:

Tool for managing applications and deploying to consoles.

It let you record stats portion of the game and then you can compare single function calls and how much they take time vs tens of different statistics, i kind of forgot about it to mention it. It;'s really good for those random chop situations, where it hard to capture it in realtime stats

sorry to bump up the old post, can you explain these data ? 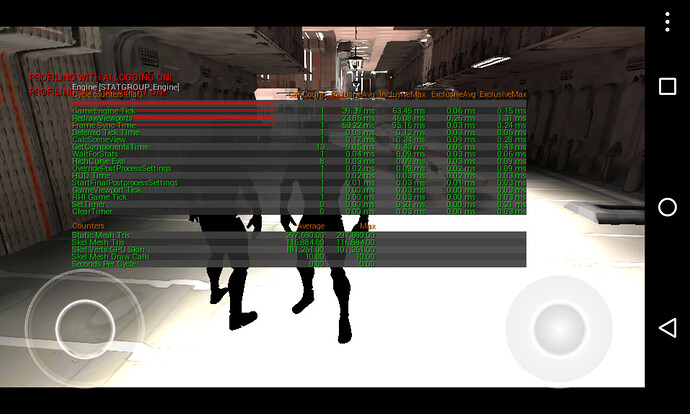 i tried to search for them but found nothing particular. what the names are stand for ? you had said they have self explanation but what to do , what are they related for ? for example what can i do to decrease game tick ? you can give some links for detail explanations also, but i must say docs aren’t very helpful.

They even don’t tell how to open console to enter command for viewport preview. pressing tilde key doesn’t work, it opens something different. pressing ctrl+shift+, opens gpu profiler and again i understand nothing.

only thing i’ve found is that if you deploy your game to android and press with four fingers it opens to console command but i don’t know how to do in pc.