How to slice/cut a track in the sequencer?

Looking high and low and can’t find this answer.

How does one slice/cut into a track?

Dragging from one end doesn’t do it for me. I need to rid the rest of the cutoff/deleted track so that I can copy the remaining piece and reverse it so that there’s a continuous run of action from one to the other. 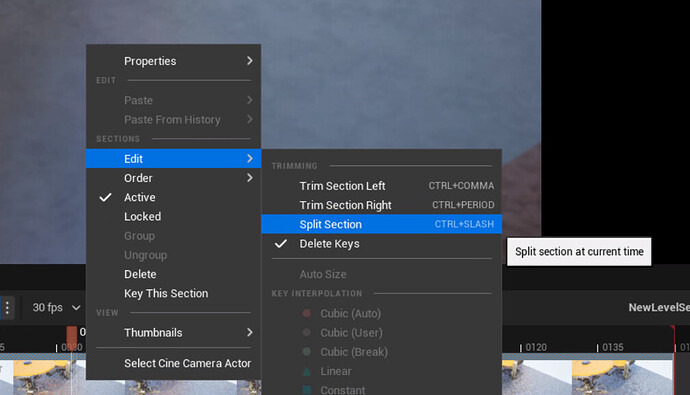 Had no idea about that. Tried it but no, doesn’t work as I’d like.
It’s the same as dragging one end.

I need it to be a finite cut as mentioned in my OP.
Thanks though.

Was going to say that that Trim Section Right works
But nah, actually it doesn’t either.

Solved my own problem. My approach was all wrong.
I’m new so forgive me.
Only just recently learned how to edit the animations within Unreal so’s to remove certain frames.
That’s all it took.
Thanks again.